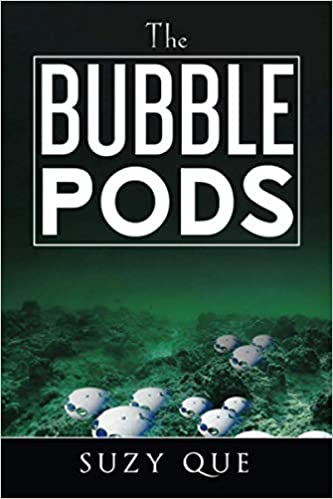 Set in a dystopian future, where the human population has spiraled out of control, a female student and her boyfriend race against time to find her missing community and expose the illegal activities of a multinational tech company

Susan Philip has announced the release of her debut novel The Bubble Pods. The new book by the new author is set in a dystopian future where the human population is largely overgrown and those in poor situations have nowhere to live.

Susan says she has always been interested in writing but was unable to, as she was brought up in a restricted cult where her life was already laid out. The aspiring author finally found the courage to break free and take control of her life. Which sadly led to a breakdown as she lost her husband to a divorce, and had to raise 4 young children by herself. Regardless of the challenges, and even though she had no mentor to guide her, Susan pushed herself to research and also took counseling courses which all helped her complete the book.

The plot chronicles the life of the main character, Krista – a young girl still studying at a local technical institute. Krista is an art major who is also taking a social development course. As the story unfolds, Krista meets another student named Ben who is also studying social development at the technical institute but already has a degree in journalism.

Drawn to her eccentric lifestyle, their friendship soon blossoms into a romantic relationship. Everything seems fine for a while until Krista’s whole community mysteriously disappears. Alone and afraid, Krista copes with the fallout by moving into Ben’s student flat. And together they both begin investigating the mysterious disappearance of her family and neighbors.

Working as a part-time journalist, Ben recalls that he had previously heard some reports about a connection between bubble pods and homeless people overseas. And following his hunch, they eventually find a company named Podtech that builds pod homes and is now advancing into robotics.

The rest of the story follows their investigation into the matter and sees them go head to head against the multinational tech company as they try to unearth and expose its unethical activities.

For Susan Philip, the main takeaway from her work is the plight of homeless and disadvantaged people. She hopes the story will help others understand the reasons that create such situations. Susan has also revealed that she is currently working on her next novel, and hints that this time the story will be more about her.