SIDUS: NFT HEROES vs. Meta Wars – How do they compare? 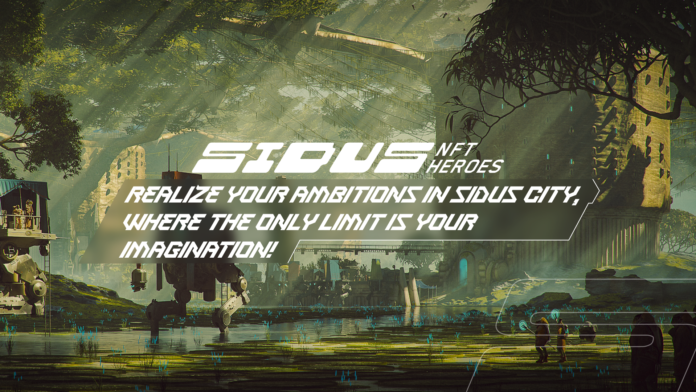 Online gaming has unquestionably grown into a phenomenon that cannot be ignored.

Hundreds of millions of people play a variety of games around the world, some professionally and others casually. While gaming was formerly considered a hobby, it is now considered a standard among many young people.

Play-to-earn is exactly what it sounds like: a business model in which players play a game while also earning cryptocurrency.

It’s a powerful psychological concept because it combines two activities that have been driving people since the beginning of time – making money and having fun.

ON OWNERSHIP AND WORTH

This model’s main feature is that it gives gamers ownership of their in-game assets and allows them to grow their worth by actively playing the game.

Non-fungible tokens (NFTs) are commonly used in the crypto industry to establish ownership and enable it to be transferred.

Every Hero arrived at SIDUS, a self-contained metropolis, from one of 12 blockchain worlds (Bitcoin, Avalanya, Polygopus, Tronguan, etc.). The appearance, character, and armor of each Hero is influenced by its home planet.

On the other hand, Meta Wars is a sci-fi strategy game set in the future with a multi-layered, tactical battlefield and a war economy that allows players to profit. It enables players to imagine themselves in a space exploration situation.

These games are almost identical. They are both futuristic, space-themed video games that offer an exploration into the far reaches of the cosmos, crafting, trading, engaging in player-vs-player combat, and even character development, like learning skills and unlocking new abilities.

IS LUCK ON YOUR SIDE?

Luck is also a factor here. SIDUS players who get rare materials can trade them on the market and earn big money or they can use it on their characters to make them more powerful. The same goes for Meta Wars.

How much a player can earn depends on their character’s value. A strong character has much more value than a newly created one. But players can always farm for in-game tokens that they can trade in the virtual market. SIDUS and Meta Wars both share these attributes, although SIDUS’s collection of rare Genesis NFT Heroes since they were created by a collaboration of artists, gives them a unique quality. SIDUS also stands out with its token economic model, which is carefully devised and staged.

Both games have a lot to offer and saying that SIDUS is better than Meta Wars is somewhat subjective.

For sure, SIDUS will have a deep inventory of new and exciting features that will soon be launched. Meta Wars also has lots of stuff under its sleeves.

These two games show a lot of promise and their developers are in the thick of things, perfecting their products and readying them for launch.

Ascenum is creating a B2B Marketplace for Small Business Owners to Connect, Collaborate and Grow with the Right Service Providers