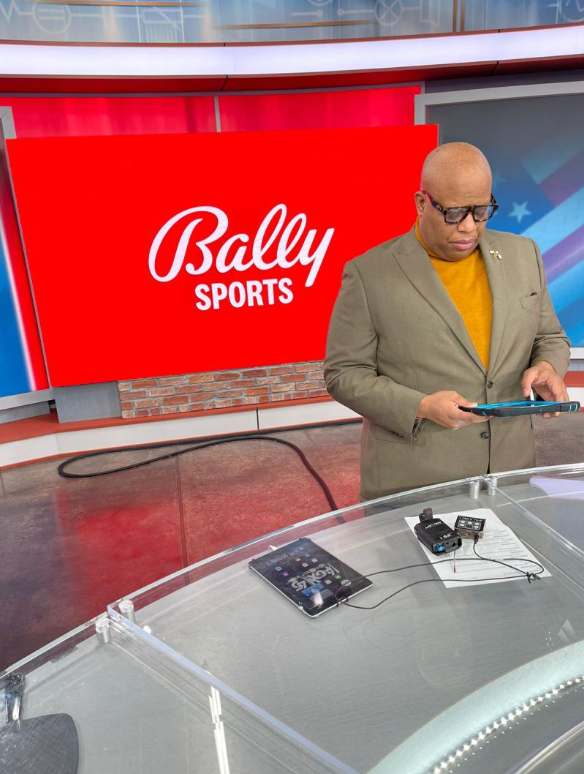 Sports analysts are the unsung heroes that make the audience’s viewing experience complete. However, it is not an easy career, and not everyone who aims to pursue it will find success. But in the challenging industry, one name stands out for his unrivaled prowess—Brandon “Scoop B” Robinson.

Moreover, he used to be a staff writer at The Source Magazine and CBS Radio, as well as a Senior Writer at Heavy.com. He also appears in the highly popular video game NBA 2K. Finally, he was a managing editor and columnist for RESPECT Magazine and Basketball Society.

In addition to the excellent work he does for giant sports enterprises, the insightful analyst has also created his very own programs: the Scoop B Radio Podcast and Scoop B Sources, which are available on Spotify.

As a testament to his proficiency as a journalist, his podcast has earned a whopping 10 million streams in 2021 alone. The program has also featured special guests from the sports scene, including Pete Sampras, Mark Cuban, Shaquille O’Neal, DJ Khaled, and Don Lemon.

What separates Brandon Robinson from his peers is his love for the job, which he developed from a young age. Growing up, he was exposed to basketball and sports in general after helping out in his family’s shoe stores in Harlem, New York. This also allowed him to interact and practice his conversational skills with high-profile athletes and celebrities like the late jazz musician Dizzy Gillespie and NBA Hall of Famers Hakeem Olajuwon and Dominique Wilkins.

In fact, his first professional gig in journalism happened when he was only 12 years old when he became a host for Nets Slammin’ Planet, a 1990s AM radio show with the then-New Jersey Nets.

This incredible experience has inspired him to hone further his skills and abilities, which is why he decided to take up a Bachelor of Arts in Media Communications at Eastern University. Additionally, he has a Master of Arts in Journalism from Hofstra University.

On top of his undeniable passion for his craft, Brandon Robinson’s keen attention to detail and various experiences in the field have allowed the expert to solidify his reputation as a sports authority.

Moving forward, Brandon “Scoop B” Robinson aims to continue championing the sports journalism industry through the remarkable work he does through the Bally Sports Network. He also plans to create more podcast episodes for sports fans and enthusiasts worldwide.

How to Create a Shortcut on Windows 10: Make it Easy with PDNob Windows Shortcuts