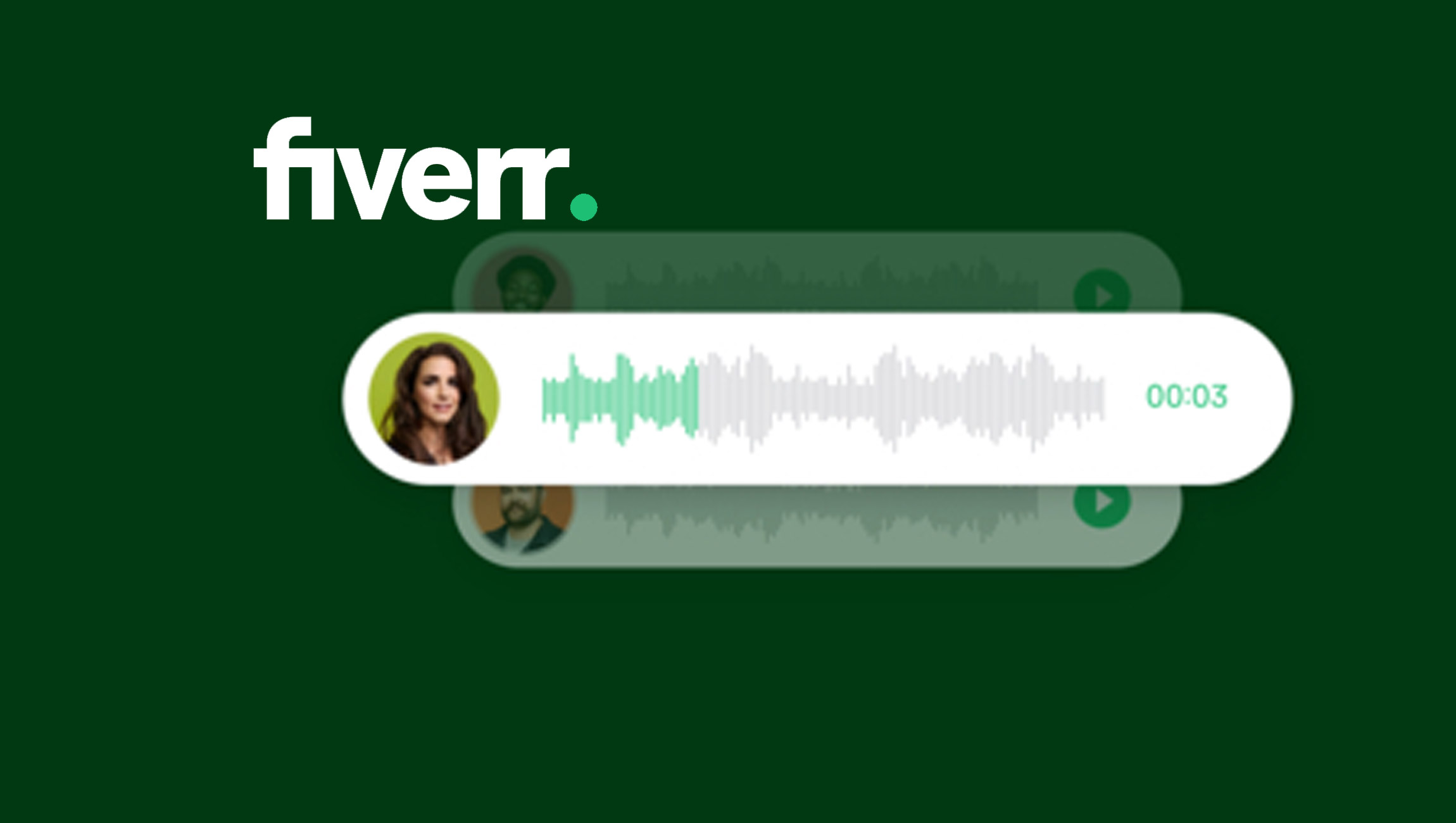 Fiverr International Ltd., the company that is revolutionizing how the world works together, announced the launch of AI Auditions, a powerful new tool allowing voiceover artists the opportunity to “audition” for roles without having to read a single sentence from a script. For customers, it provides simple, easy access to automated and personalized voiceover samples for all different types of projects.

“At Fiverr, we fundamentally believe that artificial intelligence needs to be implemented in a way that will support and enhance human capabilities and knowledge. The future of work is one where AI supports people and allows them to do more with less effort”

“At Fiverr, we fundamentally believe that artificial intelligence needs to be implemented in a way that will support and enhance human capabilities and knowledge. The future of work is one where AI supports people and allows them to do more with less effort,” said Yoav Hornung, Creative Verticals Group Manager at Fiverr. “Fiverr has an incredibly large and talented community of voiceover artists, and we are always looking for new and innovative ways to support them in their work. The implementation of AI Auditions will allow them to focus on work they already have on their plate and have been paid to do, rather than audition for roles that they have not secured yet.”

Voiceover artists on Fiverr can create their own AI voices by quickly training the Voice Auditions engine. Customers will then be able to easily tap into Fiverr’s marketplace to “sample” a voiceover artist’s voice without having to contact them first or ask them to audition. After typing a sentence or two from their script into a text box on the artist’s Fiverr profile, the AI will read the language out loud, in the voiceover artist’s voice, giving them an idea of whether that person’s voice will work for their project. It’s a fast and seamless way for them to find the right artist with the right voice they are looking for.

“I have been on Fiverr since 2013 and I’m continually in awe of the technological investments and advancements that the platform has made on behalf of its freelance community,“ said Ashton Amo, a voiceover artist on Fiverr. “I have been acting my whole life, and so I know the painstaking processes people have to go through in order to secure roles. AI Auditions saves me time, as I no longer need to send samples of my voice to prospective clients. It allows me to prioritize better and focus on the work that I’ve already been paid to do.”

At launch, the AI Auditions feature is available for a very select group of Fiverr voiceover artists to implement into their service offerings. The product is currently in beta and will be available for a wider group of artists later.

Zinke Hair Salon Outlines the Qualities of a Good Hairstylist

Pallet Resource Shares Why Wood Pallets Are Good for the Environment