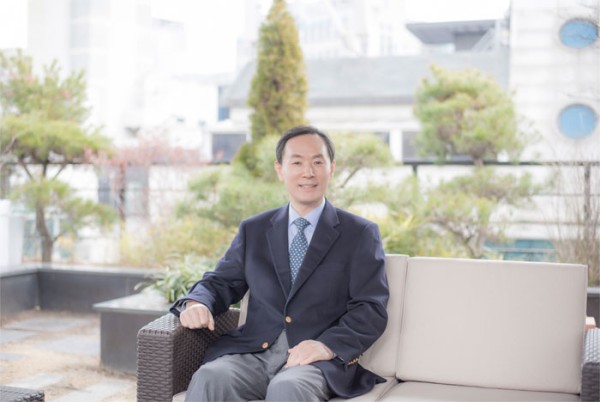 As the newly appointed Chairman of KOK Foundation, I would like to say a few words regarding our project and its purpose. KOK is a blockchain project with the aim of creating a content ecosystem in which all participants are equally rewarded for their efforts. Based on blockchain technology, KOK tokens are issued and various new content can be consumed through our platform, “KOK PLAY.” Now as Chairman of the board, I will focus on value-adding drivers that will continuously add to KOK’s overall value.

In the past few years, we have seen explosive growth to our community and while there are a few factors, the most prominent one would be our “Frontiers.” The passion of our Frontiers who believe in KOK’s vision are the ones who helped achieve this explosive growth through consistent marketing activities around the world. Accordingly, I would like to take this opportunity to express my sincere gratitude to our Frontiers.

KOK PLAY focused mostly on building up our digital content library for the better part of 2019 and 2020. We now have an impressive collection of digital content ranging from independent films, blockbuster movies, web dramas, webtoons, and more. Digital content, mainstream as well as original, is one of our main focus areas and will continue to be so.  As for exchange listings, KOK started with ZBG, followed by Bittrex Global, then on to Bithumb Global. Shortly after, KOK listed on Kucoin, a large North American exchange, which almost skyrocketed KOK’s value beyond our expectations.

2021-In July of 2021, KOK invited prominent global figures to sit on the “Global-Technical Advisory Board” or (G-TAB). World-renowned futurist Dr. Thomas Frey, Professor David Thaw, and Dr. Joel Comm, a pioneer in the internet sector since 1995, as well as Jill Carrigan, a media expert in the blockchain sector are currently advisors of KOK. And in December, KOK released Version 3 of its content platform as well as new subscription models which allow unlimited access to KOK’s digital content for 30 days.

2022-In the first half of this year, KOK has listed on two more exchanges, Indodax and Gate.io. But the biggest milestone is undoubtedly the roll out of KOK’s mainnet, “K STADIUM.”

The mainnet, K STADIUM, was developed through the industry leading technology of Medium, a domestic blockchain company. In April of last year, KOK contracted with Medium to take over operations due to their expertise in the blockchain sector which naturally led to Medium developing KOK’s mainnet as well. Medium has positioned the hyperledger besu as Layer 1 and their innovative technology, MDL, as a layer 2 solution, which addressed issues pertaining to performance and transaction fees. MDL’s unique technology addresses such existing issues in today’s cryptocurrency projects.

Due to Medium’s high-performance mainnet source technology, the relocation has been pulled up two years ahead of schedule. Medium’s blockchain technology is so superior that the project was completed way ahead of schedule. Currently, there is a growing demand for Medium’s high-performance blockchain technology  in the public, private, as well as financial sectors. However, recent misunderstandings and incorrect information regarding the contractual relationship between our two companies has created some noise and confusion for Medium and for this I send my sincere apologies to our development company.

Now that the beta version of K STADIUM has been completed, the contract term between KOK and Medium will expire by the end of April. Accordingly, KOK’s operation as well as its mainnet will be handed over to the newly established Singapore corporation called ‘K STADIUM Pte. Ltd.’ All of these transitions should be completed before the end of June, when the official K STADIUM version 1.0 is released.