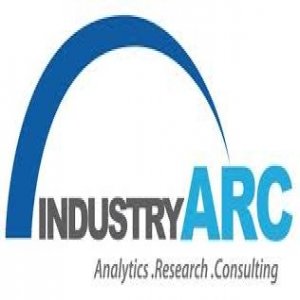 Fibrin Sealants Market Size is estimated to reach $947 million by 2027. Furthermore, it is poised to grow at a CAGR of 7.5% over the forecast period of 2022-2027. Fibrin sealant also known as fibrin glue is human thrombin and fibrinogen, hemostatic, tissue sealing agents and tissue adhesive that is used in to close the wounds, minimise leakage and bleeding, enhance wound healing, and prevent adhesion. Human thrombin, refined, virus-inactivated human fibrinogen, and occasionally additional ingredients such as bovine aprotinin, chondrogenic make up the fibrin sealants. The mixing of fibrinogen, thrombin and other ingredients causes a semi-rigid elastic clot to form, simulating the final step of blood coagulation. Blood coagulation, also known as clotting, is the transformation of blood from a liquid to a gel, resulting in the formation of a blood clot. The clot that forms help with haemostasis and tissue sealing, and is totally absorbed during wound healing without causing a foreign body reaction or fibrosis. Fibrin Sealants are absorbable and biodegradable biological agent. The growing prevalence of cardiovascular diseases and blood disorders, increase in the number of surgical procedures as well as growing geriatric population are some of the factors driving the Fibrin Sealants Market growth during the forecast period 2022-2027.

Fibrin Sealants Market based on Application type can be further segmented into Cardiovascular Surgery, Thoracic Surgery, Orthopaedic Surgery, Neurosurgery, Dental Surgery, Others. Cardiovascular Surgery held a dominant market share in the year 2021 and is estimated to be the fastest-growing, with a CAGR of 6.8% over the forecast period of 2022-2027. Cardiovascular Surgery, often known as heart surgery, is a type of surgery that includes performing surgical operations on the heart in order to treat life-threatening conditions. According to World Health Organisation (WHO), cardiovascular diseases (CVDs) are the biggest cause of mortality worldwide and around 17.9 million people die each year as a result of it which equates to 32% of all deaths worldwide. Fibrin Sealants are used in cardiovascular surgery to control difficult bleeding on vascular anastomoses by tissue sealing, to enhance haemostasis in heparin-treated patients, and to minimize the need for blood and blood product transfusions. The increasing number of cardiovascular disorders is estimated to fuel the market growth of cardiovascular surgeries. According to Centres for Disease Control and Prevention (CDC) about 659,000 people in the United States die from heart disease each yea which accounts to one in every four deaths, thereby driving the segment growth.

Fibrin Sealants Market based on distribution channels type can be further segmented into Hospitals, Specialty Clinics, Ambulatory Surgical Centres and others. Hospitals held a dominant market share in the year 2021 is estimated to be the fastest-growing, with a CAGR of 5.6% over the forecast period of 2022-2027 owing to increasing number of hospitals in developing countries, increase in the of skilled professionals, growing demand for surgical procedures and growing healthcare expenditure. Australia Institute of Health and Welfare’s article titled ‘’Heart, stroke and vascular disease published in September 2021, reported that in 2018-19 there were 5,91,000 hospitalizations with cardiovascular diseases. The increased number of hospitalizations owing to cardiovascular disorders fueled the demand for fibrin sealants in hospitals.

The Fibrin Sealants Market based on Geography can be further segmented into North America, Europe, Asia-Pacific, South America, and the Rest of the World. North America held a dominant market share of 45% in the year 2021 as compared to the other counterparts on account of well-developed healthcare infrastructure, increasing prevalence of cardiovascular and other chronic diseases and increasing orthopaedic surgeries. According to CDC, one person dies every 36 seconds in the United States from cardiovascular disease, thereby enhancing Fibrin Sealants Industry expansion.
However, Asia-Pacific is estimated to be the fastest-growing, with a CAGR of 6.9% over the forecast period of 2022-2027 on account of increase in demand for better healthcare facilities, rising healthcare expenditure and increasing geriatric population with high risk of being susceptible to cardiovascular diseases.

According to the World Health Organization (WHO), by 2030, one out of every six persons in the world will be 60 years old or older and the world’s population of people aged 60 and over will double to 2.1 billion by 2050. As people age, their homeostatic regulation, mental and physical capacity, as well as functioning of vital cellular events, all deteriorate, leading to increased prevalence cardiovascular diseases. According to World Health Organisation cardiovascular diseases accounts for 32% of the total deaths globally. The growing awareness about cardiovascular surgeries as well as technological developments is estimated to impact the market growth positively. The number of people with heart diseases is increasing owing to sedentary lifestyle on account of pandemic restrictions and unhealthy eating habits is estimated to drive the market growth of fibrin sealants over the forecast period.

Blood disorders are conditions that impair the ability of the blood to function properly. Genes are primarily responsible for a large number of blood diseases and disorders. Other causes include medication side effects and a nutrient deficiency in the diet. Blood disorders leads reduction in the number of cells, proteins, platelets and nutrients in the blood. Haemophilia is a blood disorder in which the blood is unable to clot properly owing to lack of blood-clotting proteins which results in excessive bleeding, both internally and externally after nay injury, surgery or damage. According to Centres for Disease Control and Prevention (CDC) hemophilia A affects 1 in 5,000 male births and about 400 babies are born with hemophilia A each year. Fibrin sealants are used to reduce excessive bleeding in patients with hemophilia who undergo various surgeries including orthopaedic, oral and facial pseudo tumours.

The healthcare industry was severely impacted by the pandemic. The focus of healthcare professionals shifted towards treating covid patients and the number of non- urgent surgeries performed was reduced. This was done to free up personnel and resources for covid patients. Fearing the consequences of covid, many patients were inclined towards postponing their surgeries. Furthermore, the high-cost fibrin sealants continue to impede its market growth. Various substitutes such as Cyanoacrylates, which are esters of cyanoacrylic acid are being used due to their ease of use and high tensile strength, thereby restricting the market growth of fibrin sealants.

In December 2019, Ethicon Launched VISTASEAL Fibrin Sealant to Manage Bleeding During Surgery. VISTASEAL Fibrin Sealant (Human) contains a combination of fibrinogen and thrombin, clotting proteins found in human plasma. It creates a rapid, adherent, and permanent clot when applied to the bleeding site and has been shown to maintain hemostasis or blood stoppage even in high-risk individuals.

In May 2019, Ethicon, a Johnson & Johnson medical devices company, acquired TachoSil Fibrin Sealant Patch which is a Japan-based Takeda Pharmaceutical company. It is used for both paediatric and adult patients and for people for whom standard surgical techniques are ineffective.

Geographically, North America held a dominant market share in the year 2021 on account of health-care infrastructure which is well developed, and an increase in the number of surgeries performed and prevalence of chronic diseases. Asia-Pacific is expected to offer lucrative growth opportunities to the manufacturers owing to the increasing geriatric population with high risk of being susceptible to cardiovascular diseases, demand for better healthcare facilities and increase in healthcare expenditure. The robust growth of cardiovascular surgeries segment is predicted to augment the market growth during the forecast period of 2022-2027.

Increasing prevalence of cardiovascular disease and blood disorders is estimated to drive the market growth of Fibrin Sealants Market. High cost of fibrin sealants as well as postponement of surgeries owing to pandemic situation poses threat to the market growth.

A detailed analysis of strengths, weaknesses, opportunities, and threats will be provided in the Fibrin Sealants Market Report.