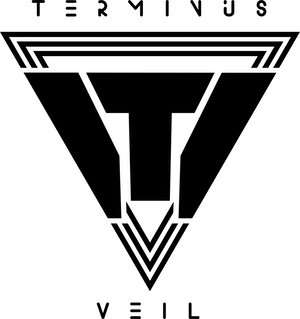 When someone mentions comic books, what comes to mind? Superman? Batman? Wonder Woman? All iconic characters, but most comic book characters consistently adhere to one demographic. Comic books, like anything else in modern society, should reflect the backgrounds, genders, and ethnicities of their readers, right? Introducing Terminus Veil, a new Sci-Fi action-packed comic book series created by Jack Harris Jr and released March 21st 2022, dismantles comic stereotypes to usher in a new era of diversity for modern comics.

Terminus Veil follows the Guardians International Security Group on an epic sci-fi quest to stop a technology crime wave. Inspired by anime and manga characters like Ghost in the Shell and Naruto, Terminus Veil bridges the gap between action-packed stories and the diverse audiences that consume them. Full of intense explosions, adrenaline-raising encounters, and surprising twists, Terminus Veil captivates readers by taking them on a one-of-a-kind journey with heroes they can relate to.

“This issue reads at the pace of a very intense action movie. It makes the pages fly by.” – Comic Review

“Terminus Veil” is what you’d get if you took the G.I. Joe team and were to trim it down to the size of the Firefly crew. Make them a bit edgier and you’ve got the Guardians… The interior artwork is the bread and butter of this issue. We have crisp, clear lines making our characters look both noble and intimidating. I was especially fond of how the terrain was done for the mountains. It made the story much more real to me. As a geek on a budget, I’m all in on “Terminus Veil”. It has great artwork, plenty of action, and a few good laughs to move the plot along. This one is well worth the price of admission!” – Comic Review

Through proof of concept, dedication to the craft, and unwavering commitment to ushering in a new era of inclusivity in the comic book sector, Jack Harris Jr’s purpose-driven vision has come to fruition with Terminus Veil. Terminus Veil is an action comic book series that is breathing new life into modern comics with epic, action-driven storylines and a diverse cast of characters. Created and written by Jack Harris Jr and released on March 21st, 2022, Terminus Veil follows a private security team caught in the middle of a technology crime wave. They must find out who is responsible for these violent robberies if they want to keep their clients happy — and stay alive. Proving that heroism comes in all colors, Terminus Veil ushers in a new era of inclusivity in comics. Readers can finally see themselves reflected in an unforgettable story as they step into the action and follow the Guardians International Security Group on an epic sci-fi quest full of billowing explosions, shadowed figures, high stakes, and close calls.