New novel “McMinnville” by Derrick McCartney is released, a sci-fi mystery following a dying detective who seeks the truth about startling UFO photos and a disappearance dating back to his childhood 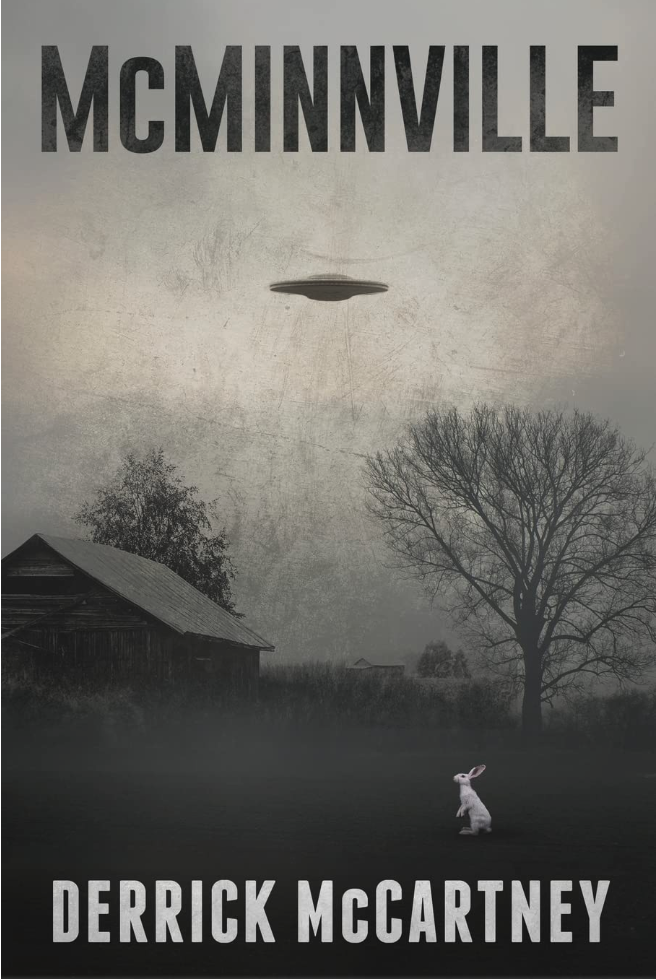 “McMinnville” by Derrick McCartney has been released worldwide. This 432-page science fiction novel digs into the very nature of truth as protagonist Ray Baker struggles to accept startling evidence that calls everything he knows about the world into question. A retired NYPD detective mourning the loss of his wife and dying of cancer, Ray travels home to McMinnville and finds himself investigating the veracity of astonishing UFO photos taken in 1950, and a mysterious, logic-defying disappearance that took place the same evening. Focused more on the mental turmoil of encountering the paranormal than scenes of aliens and action, McCartney crafts a compelling story that challenges the characters’ deepest beliefs and calls into question everything they know about the world. This unconventional, spooky, and often humorous novel is about coming to terms with the unbelievable, steeped in real-world history, science, and investigative techniques. The novel is the first installment of a forthcoming trilogy that explores the UFO phenomenon and cutting-edge physics through the lens of rich characters whose lives are changed as the truth comes to light.

McMinnville (ISBN: 9798985975970) can be purchased through retailers worldwide, including barnesandnoble.com and Amazon. The paperback retails for $16.99. Wholesale orders are available through Ingram.

Two photographs taken on a spring evening in 1950 that seem to show the impossible – we are not alone. A thirteen-year-old-girl disappears the same evening, but returns thirty years later without aging a day. A dying detective on the hunt for the answers to one mystery falls afoul of a more profound mystery that calls into question all of human history and the science on which the universe is based. McMinnville is the story of one man’s coming to terms with his mortality and inconceivable, while falling in love for a second time, something he thought was impossible.

Ray Baker is a retired NYPD detective, dying of cancer and dealing with the crushing loneliness after the death of his wife. He wants to make the last few months of his life count by traveling cross country to the place where he grew up. Along the way, he stumbles upon a cold case that took place on May 11, 1950, a few hundred yards from his childhood farm outside of McMinnville, Oregon. At a little past seven in the evening on that day, Eleanor Forsyth was feeding her rabbits when she looked up to see a craft floating soundlessly toward her. She called for her husband, Glenn, to come with his camera. Over a span of a few seconds, he took two photographs before the craft tipped up and edge and sped away. That was the story that appeared in the Telephone Register, McMinnville’s local paper under the heading “At Long Last – Authentic Photographs Of Flying Saucer[?]” A month later the photographs were featured in the June edition of Life magazine. Were they real or a clever hoax? Ray takes it upon himself to answer this question, applying his considerable detective skills. But in doing so, he steps through the looking glass into a world that makes him question everything. If that was not enough, he also discovers that there is a clock and it is ticking down. McMinnville is the first book in a trilogy that follows Ray Baker’s pursuit of life, love, and the truth, which is most definitely out there.

Derrick McCartney was born in El Paso, Texas and grew up in Tennessee before moving to the Washington, DC area. Despite a degree in Soviet and East European studies, he made a name for himself as an expert on North Korea. After a stint in the US Government, he has spent most of his career in defense think tanks. He has published several books and articles on international security affairs under his real name. This is his first work of fiction.

The Solar System As We Know It Does Not Exist