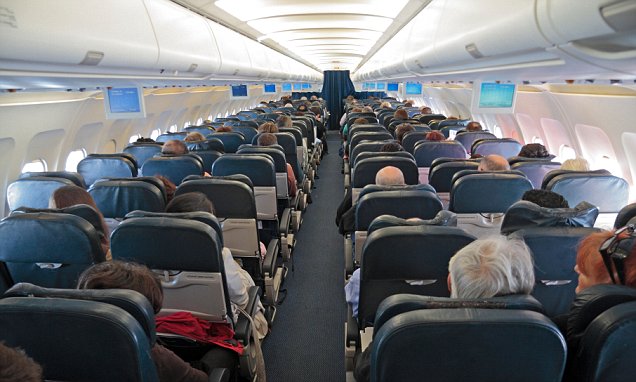 The world’s First Real-Time, Poisonous Compound Sensor for Aircraft Cabins has been verified by UK’s National Physical Laboratory so that pilots and cabin crew will soon be able to know if and when poisonous compounds are present in the aircraft cabin, and take appropriate action for the health and safety of themselves and their passengers.

“Fume Events”, where the aircraft cabin fills with toxic fumes, smoke and strong noxious smells are now being regularly reported in the press. The effects of cabin air contamination on passengers and crew including dizziness, headaches, breathing problems, loss of mental capacity and even vomiting. (See Image 1 & 2 London Heathrow to Valencia flight, BA422, was forced to make an emergency landing on August 5 2019 after the cabin filled with smoke 10 minutes before landing).

The cabin air in most passenger jets is supplied from the compression section of the engine in a process known as “bleed air”. If seals inside the engine leak, it is believed that heated oil fumes can enter the air supply, contaminating it with chemicals that experts believe cause serious health problems.

Campaigners claim these events can cause “aerotoxic syndrome” in regular fliers, an illness linked with the deaths of at least two pilots, including British Airways’ Richard Westgate. The coroner investigating his death ruled in February 2014 that fumes circulating in planes posed “consequential damage” to the health of frequent fliers.

One of the UK’s largest airlines is facing legal action which claims pilots and cabin crew are regularly exposed to toxic fumes during flights. The Unite union said legal notice has been served in 51 cases, the majority of which are against British Airways.

The Unite union, which represents airline staff, claims pilots and crew are exposed to frequent “fume events” when air drawn into the aircraft becomes contaminated by toxic compounds.

The union says the fumes, which originate from the oil used to lubricate the jet engines, contain organophosphates and TCP, and that long-term exposure can lead to chronic ill-health and life-threatening conditions.

“Independent expert evidence concludes that air on board jet planes can contain a toxic mix of chemicals and compounds that potentially damage the nervous system and may lead to chronic irreversible health problems in susceptible individuals,” said Unite’s assistant general secretary for legal services, Howard Beckett.

“The airline industry cannot continue to hide from the issue of toxic cabin air whilst placing the health and safety of aircrew at risk.”

For the first time since the industry adopted jet engine propulsion in 1951, the VN ADS ‘Canary’ sensor will provide the ability to measure the quality of aircraft cabin air in ‘real-time’ allowing airlines to put appropriate measures in place to ensure the health and safety of passengers and crew worldwide.

For the past 5-years, VN-ADS has worked with NPL to ensure that their proprietary technology is independently validated and verified for its capabilities in selectively detecting individual Volatile, and Semi-Volatile, Organic Compounds such as Tributyl Phosphate, TBP, Tricresyl Phosphate, TCP and Triphenyl Phosphate, TPP among others.