A VR/Theater first: ‘WELCOME TO RESPITE’ A US Production, Translated and Presented by Giioii to Korean Audiences. 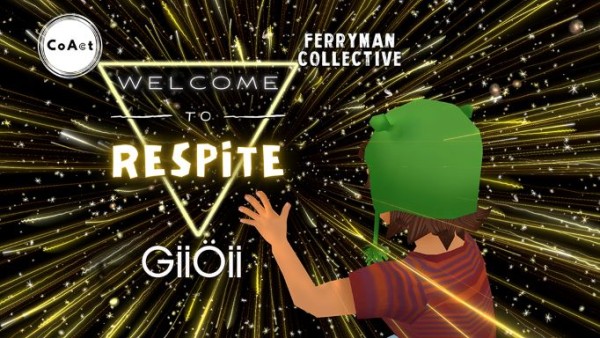 Digital Broadway emerges as pioneers in the VR theater world team up to bring a show that originated in English to a Korean speaking audience.

The award-winning show ‘The Severance Theory: Welcome to Respite’ from Ferryman Collective and CoAct Productions will be presented to Korean audiences by immersive storytelling studio Giioii, with shows starting on May 14th, 2022. This groundbreaking collaboration will allow audiences to see one of the few live VR theatrical shows in their native language, creating the first VR theater production to have been licensed not only by another company, but by another country.

​Welcome to Respite was originally an IRL live immersive theater experience produced by Lyndsie Scoggin, Danielle Levesque, Payden Ackerman, and Kelley Pierre and presented in Silverlake, CA in 2019 and was closed due to the pandemic. It went on to be adapted for VR by Lyndsie Scoggin and Braden Roy and was produced as a joint production between CoAct Produtions and Ferryman Collective.

The VR theater production of Welcome to Respite was celebrated on the festival circuit and has garnered multiple awards, producers from Giioii, a fledgling Immersive Storytelling Studio founded in January of 2020, reached out to them with the desire to translate and produce Welcome to Respite in Korean. GiiÖii started out as five enthusiastic creators who had been working together in the different parts of the XR industry for years before finally teaming up to make extraordinary stories and to contribute to building an ecosystem. They have always dived into the adventure of blending storytelling with art, technology, and different cultures, exploring in a wide range of art forms and immersive technologies, which is what attracted them to Welcome to Respite. The idea of bringing such a rich experience to Korean audiences, those who didn’t have a grasp on conversational English, seemed like a perfect fit for their studio. And after approaching the producers of Welcome to Respite, they convened to sign contracts while each company was presenting other works at SXSW, the prestigious festival in Austin, Texas that highlights film, interactive media, music, culture and tech.

Upon visiting your family’s home after your mom’s passing, you are whisked into a forgotten memory from childhood. Each interaction is as meaningful as it is fascinating when you rediscover your past and delight in the simplicities of being a kid once again. However, something is not quite right. Perhaps it’s the masked tension between your parents. Maybe you are hearing voices that seem to be only in your mind. It could even be that there is a monster hiding in your closet. After all, respite is only temporary when you are at the whim of your own mind.

Welcome to Respite is performed with live actors. Through the magic of VR technology, participants feel fully immersed into the 3D world.

This VR theatrical production is a psychological thriller that explores the parts of our mind that both help us and haunt us through the lens of a mental illness called Dissociative Identity Disorder (DID), formally known as multiple personality disorder. This fictional story allows audience members to step into the shoes of Alex, the main character, and Host of the Personality System. Participants will encounter some of Alex’s alternate personalities, as well as theatrical recreations depicting the symptoms of this disorder.

Welcome to Respite deals with serious topics such as mental illness and the effects of trauma. While this experience is meant for entertainment only, it is the intention to use the platform to promote empathy towards those who are struggling mentally, and to end stigma against such illnesses.

THE FUTURE OF STORYTELLING

There is a growing theater movement in VR, because of its native similarities, theater artists are exploring this new platform and are excited about the affordances of this incredible medium. With an internet connection and a VR headset, audiences are being introduced to the magic of VR theater, where live artists in the same digital space can be present for the creation of a single authentic moment that is the exclusive domain of a live stage show.

Touring a show to a global audience has become as easy as navigating a new game, and while it eliminates geographical barriers, language barriers remain. While this is a VR theater first, it certainly won’t be the last.