New Zealand is one of the developed countries with the most complete gene technology industry-academia-research chain in the world. It not only has the top three genetic research institutions in the world – New Zealand Genetic Research Center, but also has a number of genome listed companies with global reputation. Recently, the New Zealand Centre for Genetic Research announced that a group of three genetic institutions, namely the New Zealand Genetic Research Center, the Genetic Research Center at Auckland University of Technology and the EZZ Institute of Life Sciences, had made a major and substantial breakthrough in the field of genetics. The new ingredient NA Growth Factor jointly developed by the three parties is proven to be effective in activating several key height increase genes in the human body including DNAJC27, DNAJC27, LIN28B, LIN7C, etc., and is engaged in achieving targeted intervention to help adolescents with dwarfism and height stunting solve their height increase challenges. 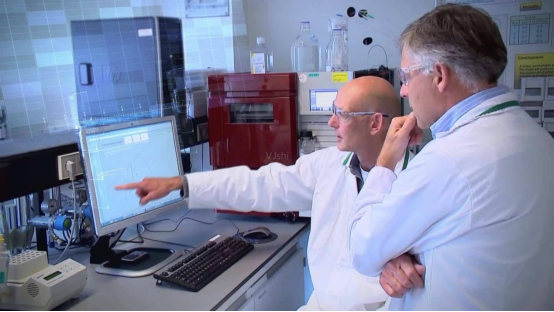 The three research institutions involved in this study are the New Zealand version of the Genetic Dream Team. Among them, the New Zealand Genetic Research Center is a genetic research institution built with New Zealand’s national resources, which has the top three research strengths and huge genetic database resources in the world. Auckland University of Technology, on the other hand, is one of the top 5% engineering institutions in the world, with genetics and health as its ace major.

Among them, EZZ Institute of Life Sciences is an industry-academia-research institute established by EZZ Life Sciences, a listed company on the Australian Main Board, with a long-term commitment to rapidly commercialize the latest cutting-edge technologies for the benefit of consumers. This institute is credited with being behind many of the new products that have set the world on fire in the areas of NAD+, HPV, and H. pylori. It is because of this background that the market generally predicts that commercial products of this technology will soon be available to consumers.

Previously, the market for height-enhancing products generally stopped at nutrient supplementation, but the invention of the NA Factor was not based on this. “”The underlying technology of the NA Complex Growth Factor is genetic engineering. Our research on the relationship between skeletal development and genes in adolescents has revealed that insufficient activation of growth genes in adolescents is the root cause of slow growth due to acquired factors. Instead, only a specific ‘key’ needs to be entered to awaken these genes, thus promoting skeletal growth signals. Through backward research and development, we finally applied the targeted gene flashing technology to the field and realized the vitality flashing of height-increase genes.” Dr. Fabrice Merien, an expert in the NA Factor Research Group, said.

In addition to the targeted flash technology, in terms of formulation, NA Complex Growth Factor also solves the drawbacks of traditional growth supplements that simply supplement the nutrients needed to grow taller and need to be taken with other nutrients to address the body’s healthy growth needs. A new customized compound formula is used, which can achieve the comprehensive effect of growing taller, supplementing nutrition and strengthening the body.

4 Albums, 2 years, a Barrage of Art for Change by Justin John Scheck