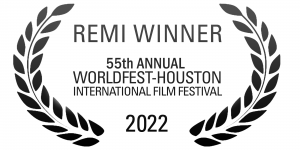 An inspirational film exploring the moments in life when playing it safe isn’t an option will have showing at the New Media Film Festival on June 2nd.

From the award-winning writer and director Jonathan Moch, comes the film Playing the Crease, a story about a resilient high school kid’s fight to claim his spot on the varsity ice hockey team after moving from Minnesota following his father’s death. In David Bastion’s desperation, he enlists the help of Mia Schafer, a former Olympic trainer who battles to reclaim her purpose after having a debilitating stroke. Haunted by their past, they struggle to step outside their safety zones.

The upcoming family-friendly feature-length film Playing the Crease will make an appearance at the 13th Annual New Media Film Festival at the Landmark Theater 10850 W. Pico Blvd. Los Angeles, CA 90064. It’s an official selection in the category of faith & family. New Media Film Festival celebrates global stories, technology, and platforms. The Goal of the New Media Film Festival is to bring the world the Best in New Media – Honoring Stories worth Telling of emerging and established video and new media artists throughout the world. Playing the Crease is honored to be recognized by such a visionary festival and is excited to talk about its creative approaches to the making of this film during the Q&A. Playing the Crease is a return to films that inspire audiences to believe that seemingly impossible dreams are possible. It explores the idea that physical impairments are merely setbacks, but our fear on the other hand creates the worst kind of handicaps. “The Crease,” in ice hockey, is a small, shaded area in front of a hockey goal where opposing players are prohibited from interfering with the goalie, a goalie’s safe zone. There are times goalies need to leave the safety of this zone to make plays that can win games, but the trick is knowing when and how. Just like in life we all must leave the safety of the nest and learn how to fly.

Playing the Crease received several laurels from its recent appearance at the 55th Annual WorldFest Houston International Film Festival: including a Remi for the film, Best Music Score, Best Actress, and nominations for Rising Star and Supporting Actor. Audiences say that Playing the Crease is one of the best feel-good movies they’ve seen in years. Playing the Crease movie trailer is available for preview at https://www.playingthecreasemovie.com/.  Sponsors supporting the development of the Playing the Crease include Authority Solutions, Titan Fitness, Fuji Matts, Nissan of Irvine, Rollerblade, Agape Apparel, and Vaughn Hockey.

The official nationwide release date of the movie has not yet been determined.

Billabunny is a full-service in-house production company focused on film and television content across all platforms that aims to provide quality stories that inspire us all.