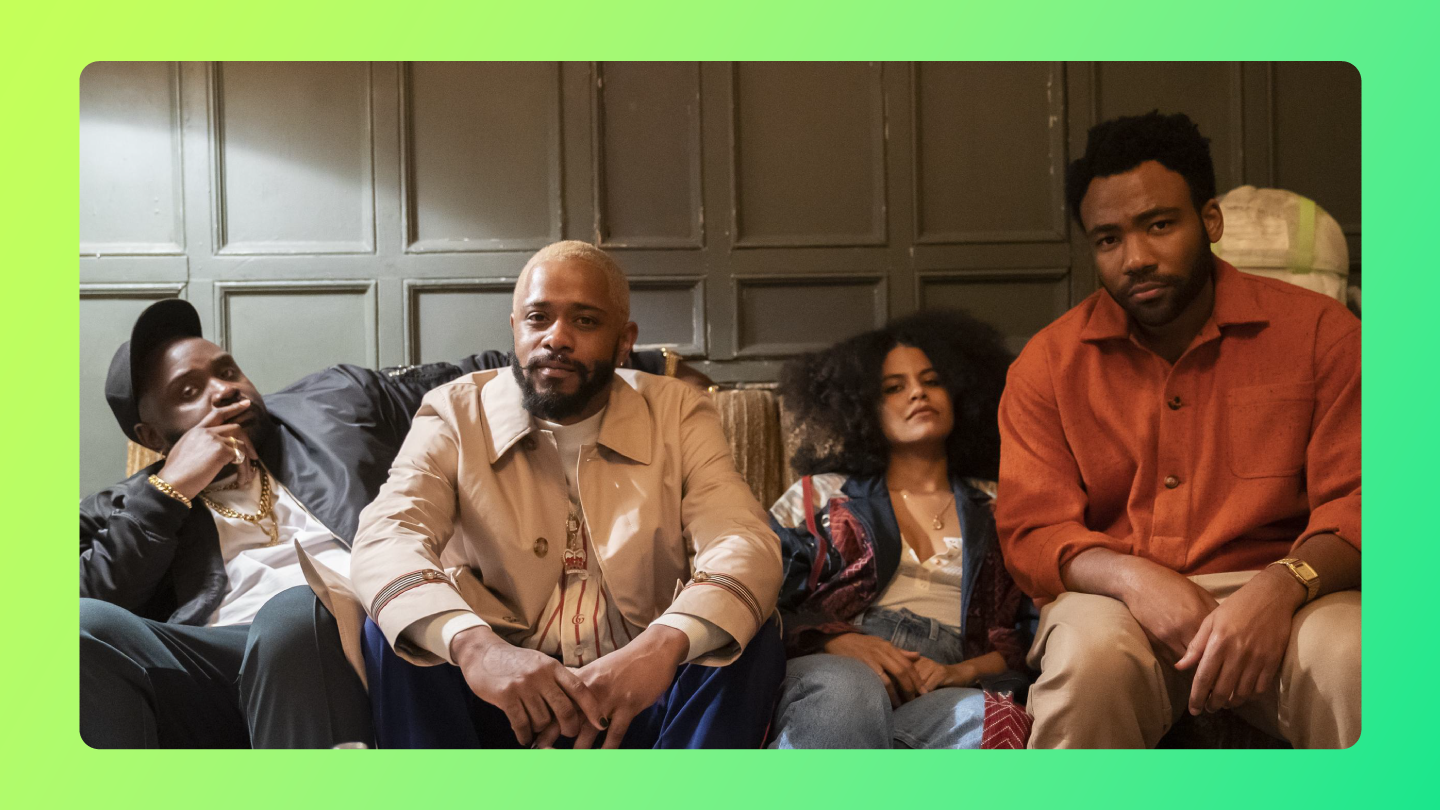 Why the name ‘Dans La Ville’ for a film?

Creative Austin filmmaker Bryan Hadley explains, “It’s really simple. It’s just the vibe that came to mind. It’s French for ‘In The City,’ and I came to that thinking of Austin and my favorite Eagles song which is ‘In The City.’ I just felt the whole deal.”

Dans La Ville centers around two eccentric Austin metro police officers named Zippity Johnson and Deke Dingleberry who waste no time pursuing the bad guy with their own bag of comedy. Sergeant Zippity is a cerebral paint by numbers in his spare time cop who ambles through his own strife-filled marriage while his side-kick Officer Deke Dingleberry enjoys chasing Austin’s street demons while spitting sunflower seeds and, in his own moonlight, doing the radio calls for his nephew’s Austin summer league baseball games. 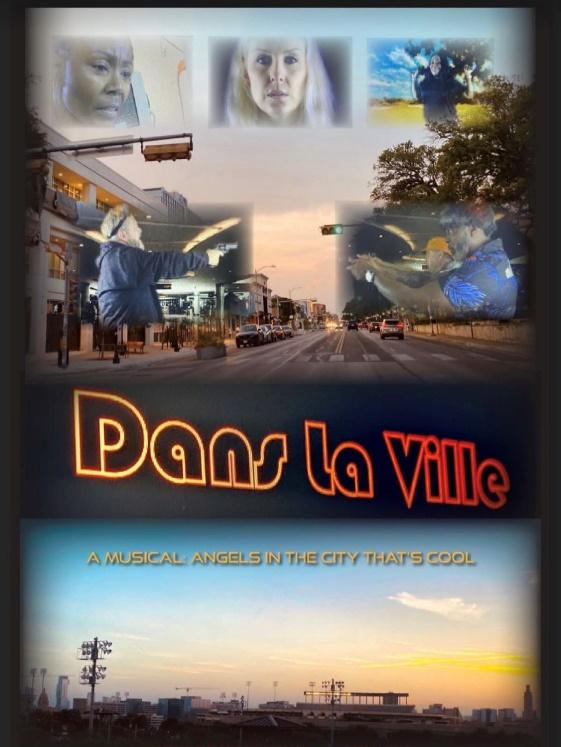 However, Dans La Ville’s story world hardly ends there. The film is a highly expansive tapestry of artistic elements married to personal and social issues of the day which permeate human culture, in Austin or anywhere. The film serves as a waterfall of Austin independent creative artistry which cascades the following disparate elements to the film audience; however, all within 90 minutes: 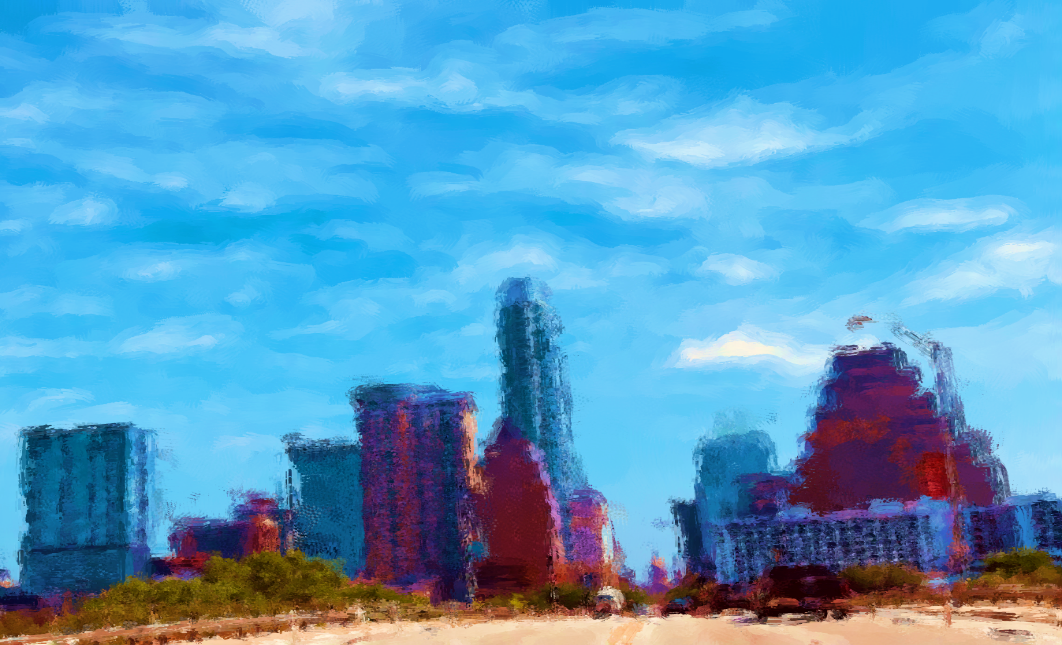 An a cappella rap infused with the anger of growing up a black man.
A blind man named Johnny who helps the police solve crime with his own ESP.
A relationship between the sinister Bobby White and a mysterious Mexican street “cat” named El Diablo.
Texas Latino music and a flowering mix of musical genres.
A wacko-doodle engineering professor who likes to dance the hokey pokey in front of his college students.
A stand-up comedian who jests his Austin audience with Aggie jokes.

A Texas horse and cattle raiser who also works part-time as an Austin dance instructor trying to escape the dark shadows of his angry mother.
Marital strife and love challenged by the turmoil of the world.
The human addiction of social media.
A Tex Mex salsa taste test.
A rolling & loving musical film bridge which tributes Austin.
An Austin putt-putt golfer who is daffy but holds a deep, moral compass.
The golfer is named Shitzu Player in Dans La Ville and is played by Austin actor Adrienne Riddle. She says the film is an organic contemplation piece. “Oh my word, Dans La Ville is such a thought-provoking film. It touches every emotion. You’ll laugh, you will cry and most importantly, you will think!” says Riddle.

All told, the film, which landed on Amazon Prime and on Movies Plus the week of May 10th and is listed on Amazon Prime in the Comedy section, combines a magical mix of comedy and drama with stunning visual aesthetics and knockout music in every scene of the film.

“It was an honor to make Dans La Ville and all the actors did an amazing job. It was filmed in Austin and Blossom, Texas, and is indicative of the art filled and varying cityscapes and landscapes of these places. It’s also about the angels of our lives who hopefully bring home good stories to us. Watch it and you’ll understand,” says Hadley.

Dans La Ville is true life comedy and drama that the world will never forget. Artfully. 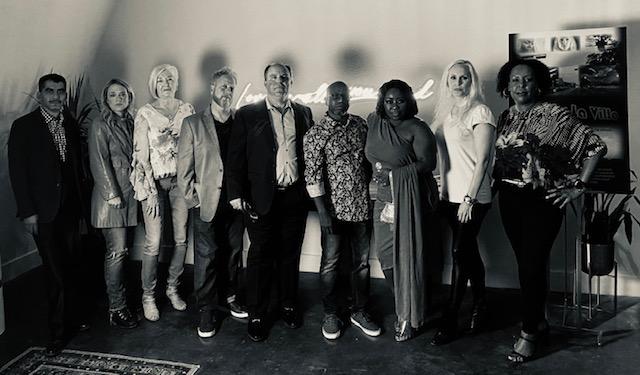 The Cast of Dans La Ville: