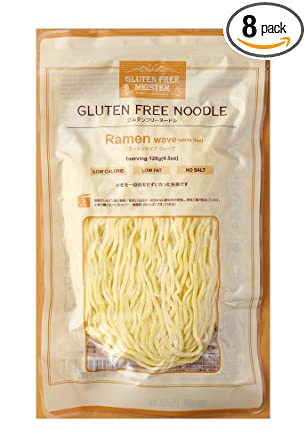 Now Seeking Community Support via Kickstarter, The Origin: Gluten-Free Japanese Ramen is an Exclusive Gift from the Land of Rising Sun!

Glutenfree Village Japan has proudly announced that it is offering an exclusive limited edition gluten-free Japanese Ramen. The company is a renowned Japanese food producer, which develops incredible Gluten-free products, and it is now launching “The Origin Gluten-free Ramen Gift” through Kickstarter in a recently launched crowdfunding campaign. Glutenfree Village Japan believes that this launch is the first step to create a new life-change wellness initiative, and it is welcoming everyone for support and backing of its Kickstarter campaign.

“We aim to produce genuine, natural, traditional, and valuable products from Japan to the world.” Said the spokesperson of Glutenfree Village Japan, while talking about The Origin. “When you open this gift, you are going to have many delights, smell of natural bamboo, looks of luxury design and beautiful natural colors of noodles and sauces.” He added. These Gluten-free Ramen Noodle are made with real Japanese ingredients, and they can be a valuable gift for your family, kids, lovers, or pregnant women.

www.kickstarter.com/projects/glutenfreevillage/the-origin-incredible-gluten-free-ramen-gift-from-japan and backers from around the world can become a part of this project by making generous pledges and donations. Moreover, the goal of this Kickstarter campaign is to raise a sum of ¥500,000 and backers from around the world can get this gluten-free Japanese gift as a reward by supporting this campaign. All rewards are being offered with worldwide shipping and more details are available on the Kickstarter campaign page of the project.

The Origin Gluten-free Ramen Gift is an exclusive gift from Japan, and it is the creation of Glutenfree Village Japan. These Japanese ramen noodles are gluten-free and are made with original Japanese ingredients. The project is currently being crowdfunded on Kickstarter and the company is offering these ramen as a reward for the backers from around the world.

Custer: Blockchain infrastructure building will be the key to future industry development