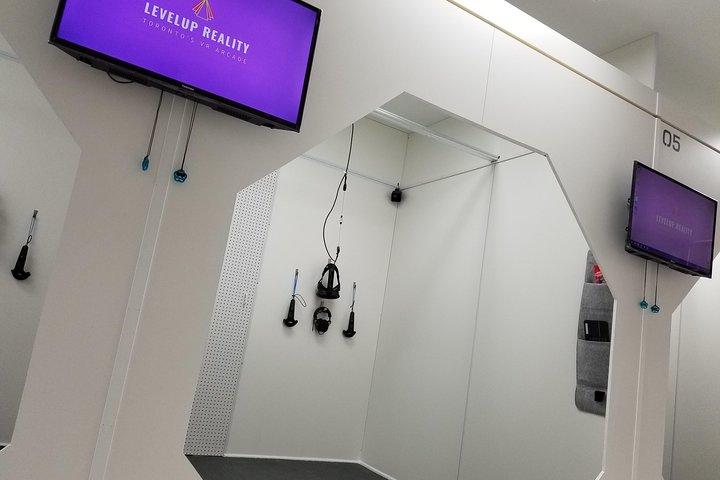 “Levelup Virtual Reality Arcade in Toronto takes its guests beyond the limits of reality into a rich, immersive VR experience.”

CANADA – 27 MAY, 2022 – Levelup Reality is delighted to announce that it has been ranked in the top #3 Fun and Games category by TripAdvisor and is a leading indoor tourist attraction in Toronto. They also host awesome corporate events, business team building, and large group parties for companies and offices in the city.

Finding indoor activities in Toronto that everyone loves can be challenging when people are in a group. Levelup Reality makes it easy to host fun futuristic group activities, including birthday parties, corporate events, holiday parties, bachelor(ette) parties, and mobile VR events.

Here are the game genres they may carry at their facility:

To ensure the best VR experience, Levelup Reality asks that their guests adhere to the following rules:

Levelup Reality is the leading virtual reality (VR) arcade in downtown Toronto with a large arcade game library. They transport their guests entirely out of their world and into another. Whether it is walking along the edge of Everest or surviving a zombie apocalypse, their next reality is limitless.

4 Albums, 2 years, a Barrage of Art for Change by Justin John Scheck