DUBAI, UAE – May 31, 2022 – Jax.Network, a blockchain company, has launched a decimal token in order to honor blockchain co-inventors, Stuart Haber and W. Scott Stornetta. Haber-Stornetta Token (HST) is the smallest non-divisible unit of value on the beacon chain of the Jax.Network blockchain, which is used for dealing with smaller units of WJXN for DeFi purposes.

Stuart Haber and W. Scott Stornetta created a pioneering series of papers on digital time-stamping, which were referenced in the Bitcoin whitepaper three times. Thus, their scientific achievements laid the foundation for the future development of the financial system. Nowadays they are regarded as co-inventors of blockchain technology and well-known in the cryptocurrency space.

Similar to Satoshi in Bitcoin, Jax.Network decided to name the smallest denomination of WJXN, its utility coin, Haber-Stornetta Token (HST). WJXN can be used for speculative and liquidity farming purposes, while HST is required in order to deal with smaller units of WJXN for DeFi purposes. HST can be exchanged to WJXN and vice versa anytime using the swap contract on wrapped.jax.net. The exchange rate is fixed, so 1 WJXN always equals 10^8 HST. 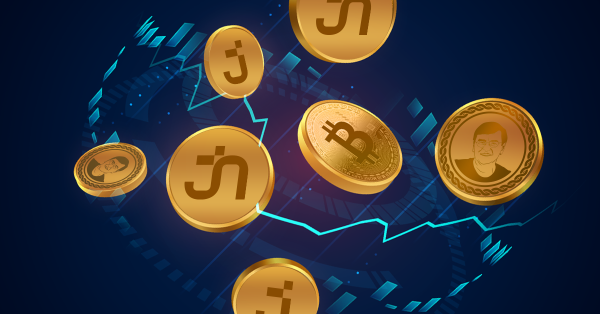 “We are happy to have Prof. Stornetta as our advisor and would like to show respect for his and Prof. Haber’s invention in the form of a token that would live forever on our blockchain,” Vinod Manoharan, the Founder of Jax.Network shared in a comment.

Jax.Network provides the technological infrastructure for a decentralized energy-standard monetary system. The Jax.Network blockchain is anchored to the Bitcoin network and issues two digital currencies JAX and JXN. JAX is a stablecoin pegged to the energy spent on mining, while JXN is an asset coin representing the value of the whole network. The latter is further subdivided into smaller units (HST), which are used mainly for DeFi purposes. Established in 2018, the company united professionals from all over the world to build a blockchain network based on the Proof-of-Work consensus mechanism and pure state sharding as a scaling solution. Jax.Network uses a specific merge-mining technique. It allows miners to mine multiple shards simultaneously without splitting their hashrate and get rewards proportional to their effort. Being an open-source project, the JaxNet protocol can be used by anyone to build new projects on top of it and contribute to the development of the ecosystem.