Wei Qiang, Chinese Ambassador to Panama “It is an effort to create a better tomorrow” 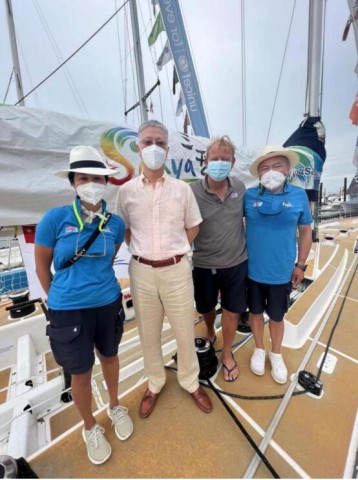 After leaving Seattle, USA, after nearly a month’s sailing, Team Visit Sanya, China of the Clipper 2019-20 Round The World Yacht Race, arrived in Panama on May 28th, local time,finished race 11 and was warmly welcomed by the local people.

At 9: 30 am local time in Panama on May 30th, Wei Qiang, Chinese ambassador to Panama, made a special trip to Flamenco dock in Panama where Sanya berthed, and cordially visited the crew of Team Visit Sanya, China. Ambassador Wei Qiang boarded Sanya yacht, and learned about the race and life on board from the skipper and two Chinese crew members, Wang Wanggui and Cao Shiyi. Ambassador Wei Qiang said: “At this moment, the world’s peaceful development faces many challenges. Under such circumstances, it is of unusual significance for Chinese sailors to take part in the global race. It can be said that this is an important effort for mankind to unite as one, meet common challenges and create a better tomorrow and a better world. This will not only make Sanya’s business cards spread far and wide, but also greatly enhance the image of China and Chinese people overseas. I very much appreciate and congratulate Sanya on its achievements so far, and wish Sanya even better achievements in the future.” 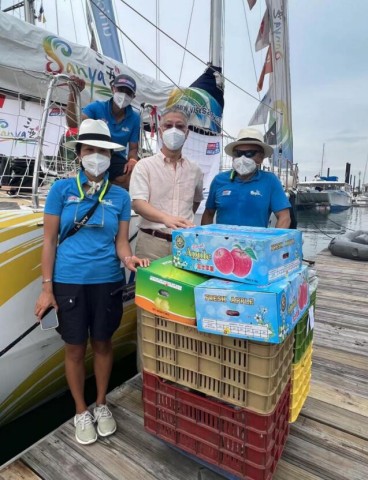 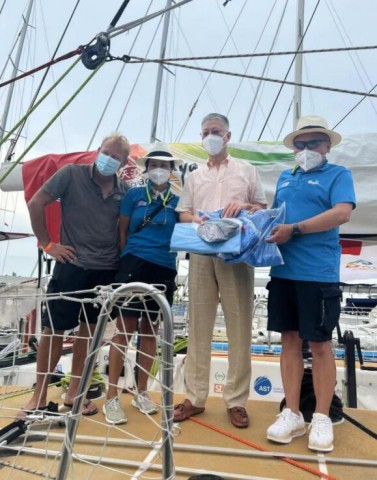 Sanya completed all the Pacific voyages and arrived in Panama two days ago. It won the sixth place in the 11th stage. After a short rest in Panama, Sanya queued through the Panama Canal, entered the Atlantic segment, and started the 12th stage of the 7th race of the Clipper Round The World Yacht Race.