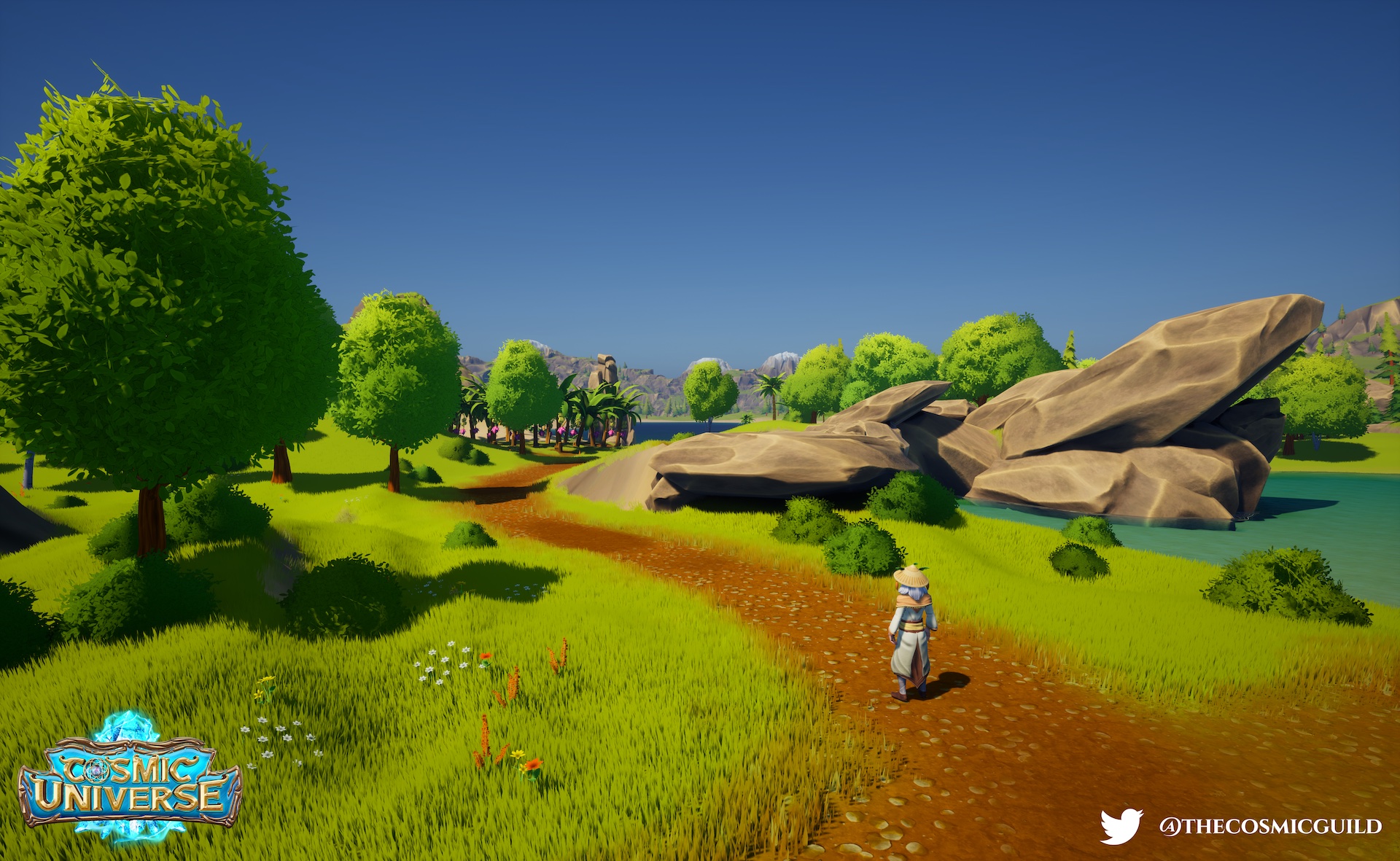 Cosmic Universe
Cosmic Universe, an upcoming fantasy open-world worldbuilder MMORPG currently based on the Harmony blockchain, has just released its free-to-play game demo, showcasing its preliminary concept for what its full-fledged blockchain MMORPG will be like.

Cosmic Universe is an open-world building and quest-driven game that harnesses the power of blockchain technology to spur a thriving decentralized player-driven economy. In doing so, it offers a novel gameplay experience where players own tokenized in-game assets and take part in a dual-token economy. Within the Cosmic Universe ecosystem, there are opportunities for renting, trading, upgrading, and unlocking NFTs, as well as taking part in various P2P and PVE competitions and challenges via primary and secondary Quests. Players get to select different types of character professions, earn rewards through skilled gameplay, and enjoy a lore-rich gaming experience that popular traditional MMORPGs provide.

In Cosmic Universe, players can explore magical realms, harvest resources and uncover ancient artifacts, craft potions, have companions and pets, own land, build structures, and embark on quests, all of which help in gaining XP, Skill Level, Land Level, and leveling-up characters. A robust player-driven economy enables players to maintain total control over how the values of resources are determined, as well as what their supply and demand is.

The game’s lore outlines that at the dawn of the universe there were seven beings called the Elementals. These beings came together to create The Prism in order to create worlds and root races throughout the universe, with each Elemental having its own unique creative power. On the first planet they created, there was a Tree of Magic placed in the center of the main continent, Cosmic Island, that would be the source of all magic within the realm. The root races of Crypton (Wizards, Elves, Apes, Dwarves, Felines, Yetis, and Trolls) all look to the stars with the desire to become creators of realms themselves, climbing the Ascension Ladder to become Etherea Lumina. However, Egregores, amorphous mind viruses, stand in their way as the one obstacle to achieving this noble pursuit.

The Cosmic Universe demo takes place on Cosmic Island, which is the first of seven islands to be released in the full release of the game. This island is the homeland of the Wizards root race, which is why the first playable race will be Wizards, followed by Elves. There are several different biomes on Cosmic Island. However, the demo will feature a sandboxed region that initially combines tropical and coniferous environments.

While virtually all in-game assets within Cosmic Universe are tokenized, the game demo will be a single-player offline preview of the MMORPG, whose full release is expected in the first half of 2023. Players will have the freedom to choose whether they take part in the main worldbuilding quest, take part in PVP and PVE competitions and challenges, or simply explore the vast world and become a part of the social community within the Cosmic Universe metaverse.

While Cosmic Universe has traditional MMORPG gameplay as its focus, it also takes advantage of the benefits blockchain technology provides, integrating it into its game economy. The project behind the game has two tokens, MAGIC and COSMIC, which are currently native to the Harmony blockchain and can be both swapped for in the Farm section of the Cosmic Universe marketplace. MAGIC acts as the governance token and driving force behind important gameplay and NFT aspects of the game. COSMIC is the utility token used for various in-game functions. Both tokens are also rewarded to players for their engagement, as well as prizes in tournaments, quests, and other events.

Players wanting to get their first hands-on experience of Cosmic Universe can download the game demo client for PC or play a browser-based version that is also available for both PC and Mac. Future releases will offer more gameplay opportunities, including multiplayer and blockchain integration.

Announcing the Integration of Twilio Flex With Lionbridge Laⁱnguage Cloud