Who is the Moroccan TV Journalist Jamila Atef? 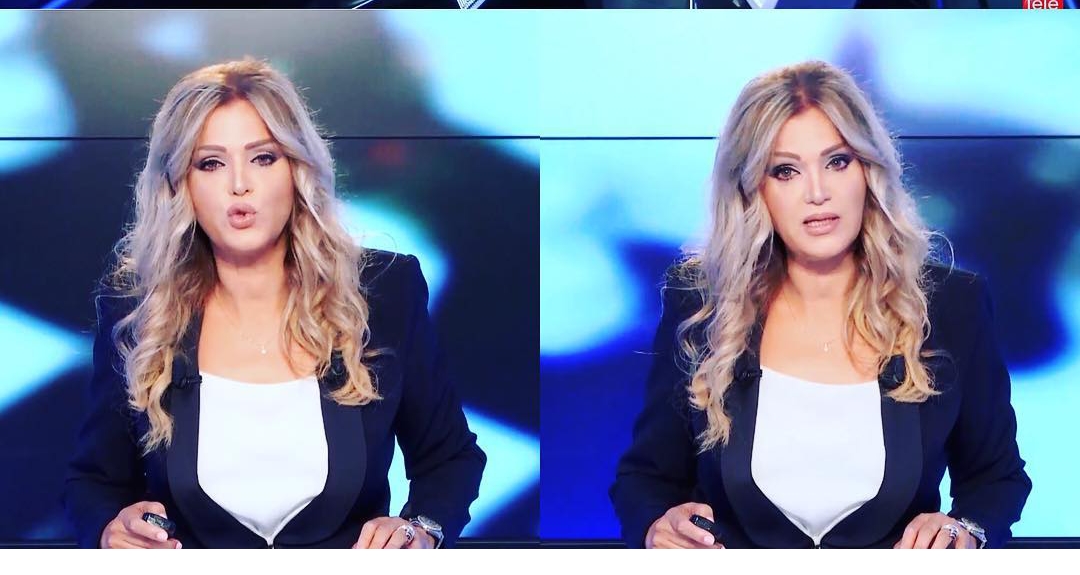 Who is the Moroccan TV Journalist Jamila Atef?
More of an exciting movie, Jamila’s life flows with ups and downs. By coincidence, she started her career path at the Moroccan TV as a journalist for four years, following which she moved to diverse international TV channels in different countries, such as, France, Iran, Russia, UAE, Egypt, and Lebanon. All her career phases and experiences were fulfilled with difficulties, and hard work, so who exactly is Jamila Atef?

Jamila Atef is a wife, a mother, and a Moroccan journalist born in Boudnib in eastern Morocco. She graduated from the faculty of Science with a bachelor of Biology, however, she moved into the Media and Journalism field coincidentally, in which she began reporting, presenting in the First Channel, and covering several conferences and cultural festivals, such as, the launching of Mawazine International Festival, and Aseela International Cultural Festival. Afterward, Jamila worked at L’est Radio in Paris, and she moved later to Tehran, to work at The World Channel, for the years between 2003 and 2005. A year later, in Moscow, Russia, Atef participated as a Chief Prosecutor in establishing Russia Today Channel (RT), during the period 2006-2012.

After that, Jamila headed to Beirut, Lebanon, and started a new experience in her career, in which she had taken part in launching the Al Mayadeen Channel, but Jamila soon found herself an outsider to her surroundings, so she decided to quit, and to head for a new destination. Later, Jamila has settled in the UAE, and worked for Orient Syrian Channel for two years 2014-2016, and as a non-syrian reporter, she had the opportunity to report foreign affairs, through two programs, Arab Stations, and Bayn Yawmeen. Jamila didn’t stop there, she continued pursuing new and different experiences, such as, establishing a production company located in Abu-Dhabi, accompanied with a group of her colleagues, after then in 2017, she went ahead to hold the position of programme manager in France, and she went back later to establish Dubai Al Yawm Magazine, in 2018.

Jamila was raised in a family in which its members tend to choose science fields and careers, and that’s why heading to Media and Journalism field not what Jamila had in mind. She lived her childhood and part of her adulthood with her family in Sale city, encountering all the ups and downs of life. In Sale, Jamila completed her primary, and secondary education in Army School, and she gained her bachelor in Biology and Geology from Mohammed V University in Rabat. Jamila was thinking to complete her studies in Medicine degree, though she has dreamed of becoming an astronaut since she was a child, she was full of curiosity about the wide sky, which made her want to explore the universe and planets on board spacecrafts, but that was beyond Jamila’s reach and capacity. Instead, the Moroccan TV anchor has been moving virtually between satellites and TV channels reporting events and news stories.

Atef didn’t choose the Media, but Media chose her in 1999, when she was nominated as a TV anchor at the First Moroccan Channel, in which was the turning point in Jamila’s career. It all started with her after finished her studies, and started to seek for a job opportunity, and one day she was checking job offers on newspapers, and she came across an offer whose requirements and criteria fit her perfectly, so she applied to that offer, and in turn they led her to the journalism field, and sat her an appointment with the channel manager at that time, Mr. Mohammed Al Mo’thin – Peace be upon him, and he asked her to read him an Arabic text, but Jamila refused fearing that she wouldn’t be able to read it properly due to the fact that all her studies were in French, so instead she asked for a French text, but Mr. Mohammed insisted on her reading the Arabic text, citing the need of an Arab TV anchor.

Mr. Mohammed encouraged Jamila to read the Arabic text, and was finally persuaded, and she read the text very well, with a very clear phonics, she was really amazed in a way she couldn’t believe it, meanwhile Mr. Mohammed and the director were really impressed, so Jamila was hired as a reporter and a TV anchor, and this was the single step that the journey of a thousand miles begins with.

Unfortunately, Jamila faced rejection during the entire four years she spent at her work. It wasn’t that easy for all the previous anchors to accept a new face between them. So they kept rejecting and refusing her. Under stress, the manager had to limit her work activity in reporting only, and made it impossible for her to appear live on screen. This dire experience prompted her departure from her country, seeking for a job opportunity that can provide her the chance to reveal her talent. Jamila was offered a generous salary job in Tehran, as a TV anchor in Al Alam Channel, so with all the pressure she went through, she had no choice but to give it a try.

Jamila’s career path did not come without drawbacks and difficulties, even after she arrived to Tehran. She was shocked by how closed, lifeless, and upset the community was there, and she felt that she was surrounded by pale and grieving faces, as in a funeral parlor. But on the bright side, she was warmly welcomed by the channel, and she was immediately asked for reporting and presenting live news, also, she was carefully monitored and oriented by one of the editing manager. After finishing her first live news, she impressed her editing manager and the channel manager too, they also felt lucky for having her in the team. She had the best care by the channel manager, Mr. Biman Jebli, but sadly Jamila couldn’t handle the social and cultural differences and distinctions between her and the community there. She was young, vibrant, and forward-looking, and that was reflected on her physical appearance, so she tended to wear decent, yet colorful vibrant clothes, which was objected by her surroundings, whose in turn were only accepting the black color in all women’s appearance, and this huge cultural gap brought Jamila innumerable problems

Despite all of that, Jamila was a courageous woman, and she kept fighting for staying in her job. One day, her colleague Mohammed Al Tamimi told her that Al Alam Channel is obligating all female TV anchors to wear Hijab, and Jamila accepted that instantly, “my mother and sisters wear Hijab, we are all muslims” she said.

But the shock was when Jamila knew that she and all her female colleagues are required to wear only black Hijab. Jamila insisted in wearing colorful scarfs and clothes, which caused a lot of complaints against her, the complainants were upset enough to ask a Sheikh (Muslim religious scholar) to give them a Fatwa (Islamic Law) about the colors she was wearing. On the other side, the channel manager was really impressed by Jamila’s performance, so he asked her to report and present the live news, and the “This Week” Program, and subsequently, this has fueled the conflict between her and her colleugeus more and more, and they were insisting on rejecting her appearance.

But afterwards, the manager dropped a bombshell on Jamila, that she was no longer permitted to work in the channel, based on Al Sheikh Fatwa, which says that all the staff should be Shiites (Iran’s Islam Branch), and the TV anchor that represent the channel shouldn’t be Sunni. So, Jamila accepted that shockingly, and she resigned immediately, and left the country with her husband in 2005. She was deeply sad on how things turned out the way they did, she never planned on leaving the channel, the channel manager was greatly appreciating her talent and performance, and she had a good salary about 20k AED.

While leaving Tehran and getting away from sectarian harassment, radicalization, and incitement threat, Jamila recaptured her memories when she arrived Tehran for the first time, and presenting her first live news after her arrival with 48 hours, and everyone was too impressed with her performance, including the editing manager, who proposed to her after six months.

Abdel Rahman Noon, from Shia background, was fascinated by Jamila Atef, the Sunni journalist, and both got married in the spring of 2004. But this marriage increased the situation’s tense between the staff. He kept receiving advices about stopping this marriage from happening, specially from his female Lebanese colleague, who’s married to a presenter who is currently heading the Arabi Television, so she kept insisting on him all the time not to marry Jamila. The news manager of Al Alam Channel also said to Jamila’s husband: “your marriage made things much more complicated that before between the staff”. Also, Jamila remembered the dishonest competition, the huge jealousy, she was getting from her female colleagues.

She left Tehran with her husband to Dubai, where her husband worked in Dubai TV as an editing manager. A year later, both traveled to Moscow to participate in launching Russia Today Channel (RT). Jamila had a great experience as a TV presenter in that channel, among six years, she has presented many figures, like military experts, and political analysts from all around the world, she also covered many war regions, like Gaza, Caucasus, Sudan division, and all the revolutions of the Arab Spring.

She also interviewed presidents, such as, Shishani Kadyrov, and the president of south Ossetia. At the end of 2011, Jamila resigned due to the unfair distribution of functions. The Russian civilians were given many more competencies than the foreigners, even if they were not qualified enough.

Jamila accepted a new offer in Al Mayadeen Channel, in which she was promised to present a program that fits her qualifications and abilities, but in fact, she found herself excluded again, and the chances were given to beginners based on favouritism and patronage, not merit and professional evaluation, so she left this job behind immediately.

She started a new job with Orient TV, where she was assumed the task of reporting and presenting foreign affairs and news, and two years later she was offered a job in Al Ghad Al Arabi Channel in Cairo, so she went there, and participated in the relaunching of the channel, but the unstable political situation in Egypt forced Jamila to leave. She travelled to Beirut, and worked as a freelance.

In 2017, Jamila was awarded the “Queen of Arab Journalists” at the Al Ismailia International Festival in Cairo. She was really surprised by this award, specially with having no connections between her and the Media community in Egypt. She described the festival as a successful one, in which many journalists and Egyptian stars were awarded, like Karima Mukhtar, and Afaf Shuaib, and many more. Moreover, Jamila was introduced by many Egyptian and Lebanese channels. Jamila, the Moroccan Journalist, is a hardworking, independent person, she made every effort to be successful. She was granted a beautiful face, deep rich voice, and speed of intuition, which all made her classified as the most notable presenter wherever she goes, but maybe this made her a triggered point for dishonest competitions by many people. Jamila is currently experiencing the Modern Media, through her YouTube Channel, and her twitter, Instagram, and tiktok accounts, and also via her Facebook page.