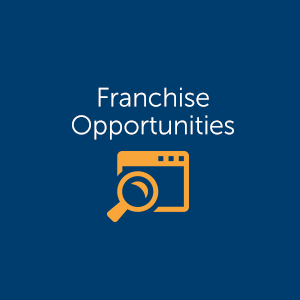 Washington DC-based lawyer – Mario L. Herman works as a solo practitioner. The lawyer works with franchise owners and those interested in purchasing a franchise to help them with legalities. Mr. Herman is an experienced franchise attorney specializing in international and domestic US franchise Law. He has previously lectured at international symposiums and the American Bar Association Forum on franchise law. He is also known for his most valuable contribution to featured franchise law articles in the Wall Street Journal. In addition, Mr. Herman’s leadership skills are shown in his Chairmanship of the Amicus Committee of the American Association of Franchisees and Dealers.

When buying a franchise or entering into an agreement, an experienced franchising attorney needs legal advice. Mr. Herman will help his clients choose the right franchise for their business needs and goals. The distinguished franchise attorney has the knowledge and vast experience in franchising matters. He’s been working with franchisees and franchisors for over 33 years, helping them deal with issues related to franchise law. He guides franchisees in making informed decisions about selecting a franchise, protecting your rights when buying, selling, or operating a franchise, settling related disputes, etc.

Clients experiencing problems with their franchise business can contact a franchise dispute lawyer Mr. Mario L. Herman. Although purchasing a franchise seems easy, people must identify the risks before joining the partnership. Mr. Herman is there to help such people decide whether buying making the right decisions before buying the franchise is correct or not. He’ll arrange a consultation to review their franchise agreement and help them understand the mediation clause. He has worked with franchisees in many industries worldwide, including hotel and restaurant franchisees, domestic services, printing, and more.

Mr. Herman works with international franchisors and franchisees to implement a goal that benefits his clients. As a mediation attorney, Mr. Herman helps them understand the mediation clauses and offers advice on the most viable options if things don’t go well within the business relationship. He helps with planning contingencies beforehand as disputes may arise in the future.

Mr. Mario L. Herman is a renowned franchise arbitration lawyer dedicated to helping people grow their businesses. While franchising looks lucrative, the laws governing the franchisor and franchisee must be carefully adhered to. To help people understand these laws, Mr. Herman provides arbitration services to protect his clients. In case of disputes, he will use his extensive knowledge and experience to help them attain justice, whether based in the US or abroad.

International Franchise Law is owned by a professional franchise arbitration lawyer, Mr. Mario L. Herman. He is a solo practitioner with unmatched domestic and international franchising experience. Mr. Mario has helped franchisors and franchisees grow their businesses with his knowledge of franchise law.

Choose Combs Design & Builds for all your General Contractor projects in Columbia, MD.