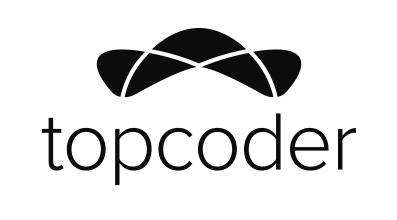 August 12, 2022 – Indianapolis, IN – More than 180 Topcoder members have accepted SpaceNet’s Flood Detection challenge, which launched on July 12, 2022. As natural disasters become more frequent and severe, there is an increasing need to rapidly develop maps and analyze the scale of destruction to better direct resources and first responders. The goal of the challenge is to build an algorithm that will help to map the course and potential effect of flooding and to pinpoint critical infrastructure in a disaster-affected area.

Already over 180 Topcoder members from a community of over 1 million designers, developers, data scientists, and programmers have accepted the SpaceNet challenge. The challenge lasts until August 23, 2022, and the winning algorithms will be announced in September. The teams or individuals that submit the top five winning algorithms will be awarded $50,000 in total prizes.

“I joined Topcoder because I strongly believe in a future where we’re able to unlock the potential of individuals all over the world,” stated Doug Hanson, CEO of Topcoder, in a recent interview with Authority Magazine. “When people are putting time and effort into work that they find rewarding and are passionate about, there will be higher quality outcomes for everyone.”

For more information about Topcoder or SpaceNet’s Challenge, visit here.

Topcoder is the world’s largest technology network and on-demand digital talent platform with more than 1.6 million developers, designers, data scientists, and testers around the globe. Topcoder is a community where you can connect, earn, and learn. We are competitive in nature and nurturing at our core. We connect incredibly talented individuals across the globe with customers who have tough problems to solve. As an open talent platform, Topcoder offers competitive programming, coding competitions, and freelance gigs, along with learning and up-skilling opportunities. Customers include Adobe, BT, Comcast, Google, Harvard, Land O’Lakes, Microsoft, NASA, SpaceNet, T-Mobile, US Department of Energy, Zurich Insurance, and more.

NBA Championship: Which teams are on top?