They hype is on for Super Soldiers 3D, which is set to shake up the Web3 space while bringing down ETH gas fees On a mission to build a community and an army, Super Soldiers 3D leads the pack in bringing innovation to the Web3 space, aiding its journey towards decentralization and a step closer to a fairer world.

Super Soldiers 3D is out to revolutionize the Web3 space after unveiling a relentless force of 10,000 3D Super Soldiers fighting gas fees on the Solana blockchain.

“With the Ethereum Network reigning on members of the Metaverse, many are being corrupted with outrageous gas fees. That’s where Super Soldiers 3D comes into the picture. A group of brave warriors, the Super Soldiers, have banded together to bring these gas fees to an end,” says Milo, co-founder of Super Soldiers 3D.

With an innovative project in place, the team behind Super Soldiers 3D sought to bring back a familiar childhood feeling of collecting rare and cool-looking skins for a game character – whether that be accessories like camouflage gear or gold weapon skins.

The ‘Psychedelic’ weapon skin, for example, is an impressive and well-thought-out addition to the Super Soldiers Collection. Community members have described it as a “milestone project” that is set to take the world by storm. 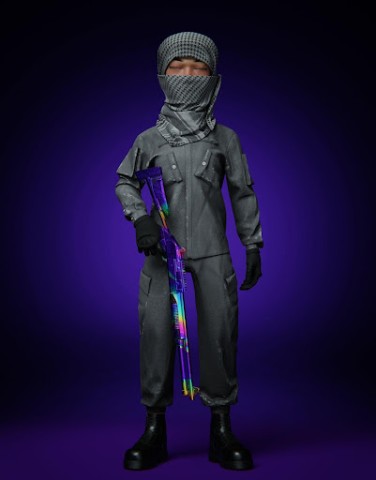 Houssain, a Super Soldiers 3D fan, had this to say: “My grandpa served in the army. It would be an honor to have a hold on one of your WLs, so I have no chances of missing out.”

The Super Soldiers team announced it would also release mysterious Super Crates containing a random item. Inside, holders will find brand-new weapons and gun skins. They will also be given a free Super Crate each post mint.

The contents of Super Crates will be applicable to be combined with every existing Super Soldier NFT. This means the team will implement a function on the website to enable holders to swap out their original weapon with a brand new one they unboxed from a Super Crate.

A small portion of Super Soldiers 3D NFT collection will be airdropped to the team wallet. This will act as the project treasury and be used in the project’s future development. NFTs in the treasury will be used to collaborate with other projects to develop and expand the brand.

Super Soldiers 3D Discord is now officially live via the Discord community at http://discord.gg/supersoldiers3d. There are 1000 WL spots to be claimed on Discord, and the team would only be accepting the first 1000 submissions.

Those ready to pick up their very own Super Soldiers and help them prevail may visit www.supersoldiers3d.com. Others who wish to learn more about Super Soldiers 3D and stay updated with the latest announcements may follow its social channels for more information.