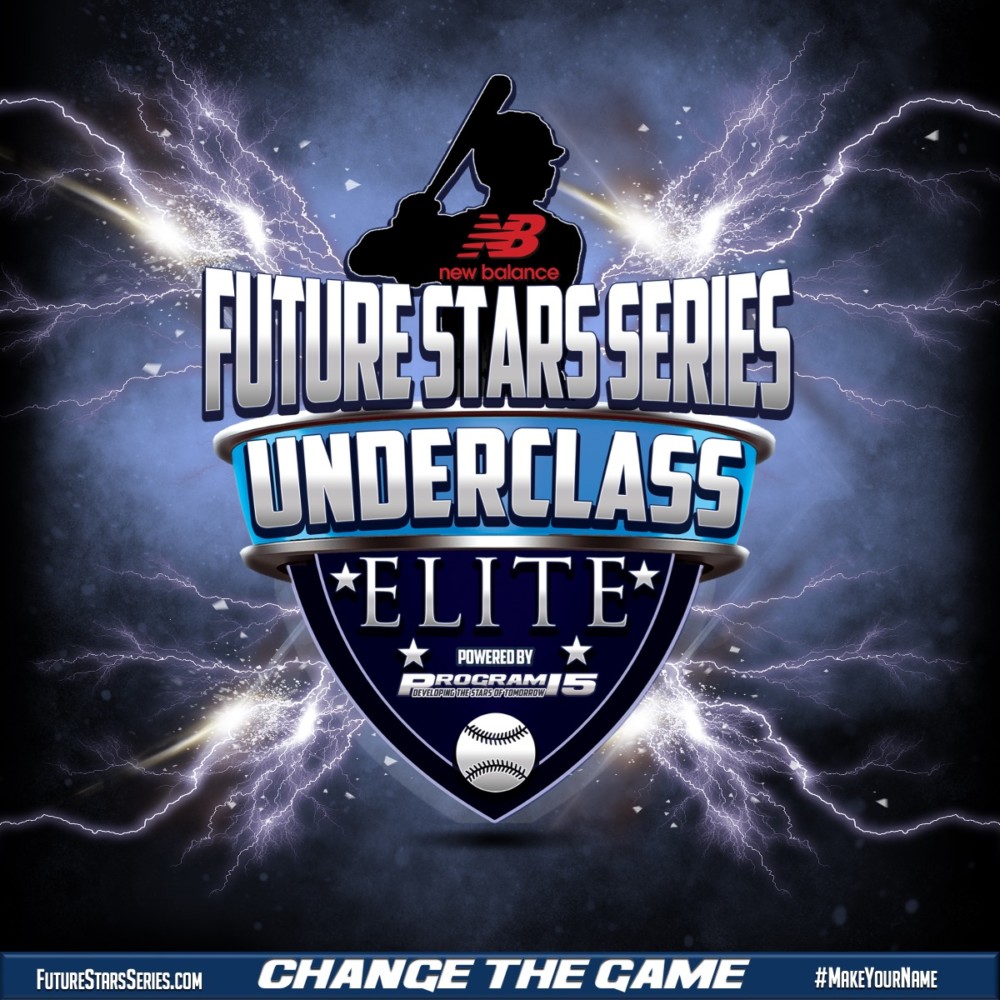 The New Balance Future Stars Series Underclass Elite event lived up to its name this past weekend.

The second annual installment of the New Balance Baseball Future Stars Series event went off without a hitch at Riders Field, home of the Double-A affiliate of the Texas Rangers, the Frisco RoughRiders.  Two teams comprised of some of the best sophomores and juniors in the country — as well as one freshman — squared off for three games, starting with a doubleheader on Saturday.

All three games were broadcast live on YouTube and will be stored on DAZN as part of the agreement with the live and on-demand streaming service that gives sports fans around the world affordable access to sports anytime, anywhere.  It was a good start to the deal — which continues with a live broadcast on DAZN for the upcoming Main Event at Fenway Park — with a ton of talent on display for 27 innings of some of the best baseball we’ve seen all summer long.

Jeremy Booth, CEO and President of the Future Stars Series, said, “Underclass Elite had some of the best deliveries, strike throwing, execution, breaking balls, and feel to hit with consistent contact I’ve seen at this age group maybe ever… It was a group with building blocks to be very good players, all of which have future roles. Roles mean value, and that value translates into winning games. These are winning players.”

A large number of the players in attendance turned in stellar showings — both on Friday night’s workout and during game action over the weekend — that will both further their prospect status and keep them in the loop with upcoming Future Stars Series events, including Vinny Hudson, Cole Lanford and David Stanley, all of whom will be in attendance at the Main Event as the only underclass players on the rosters.

NBA Championship: Which teams are on top?