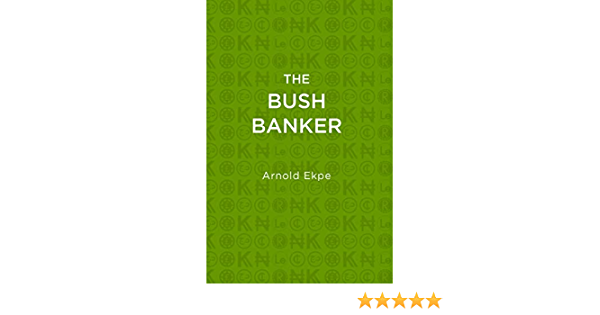 Arnold Ekpe’s memoir The Bush Banker is a first-hand account of political and economic transition in the African continent.

Arnold Ekpe built Africa’s top bank, started a regional airline, and accomplished many other things during his unconventional but extremely successful business career. Even though he is currently semi-retired, he is still a busy businessman who works at the nexus of impact, sustainability, and technology. Ekpe wrote the book The Bush Banker, a masterful memoir that recounts his enthralling tale. Individuals interested in African business, banking, or industry must go through this since it is incredibly frank, realistic, and humorous.

The Bush Banker stands out from the other memoirs because it has the authenticity that comes from being written by someone who was there, a participant alongside some of the most prominent figures during one of the most significant eras of political and economic transition the continent has ever experienced.

The book is divided into several interesting chapters:

– From oilfields to banking

– Looking to the future

The author describes his vast and varied experience first as a bright, young star in the international banking world and then as a prominent leader in West Africa’s corporate banking sector, with a self-assured writing style and economy of prose. This captivating story deftly weaves tales of political intrigue, and the reader is offered a glimpse into the development of banking in contemporary West Africa from the privileged perspective of someone who played a significant role in fostering that shift.

Find The Bush Banker by Arnold Ekpe on Amazon.

About The Bush Banker:

Arnold Ekpe’s brilliant memoir The Bush Banker, which tells his captivating story, is a must-read for anyone interested in African business, finance, or industry since it is so open, accurate, and amusing. The Bush Banker differs from other memoirs because it was written by someone who was there, a participant alongside some of the most notable personalities during one of the most crucial periods of political and economic transition the continent has ever seen.