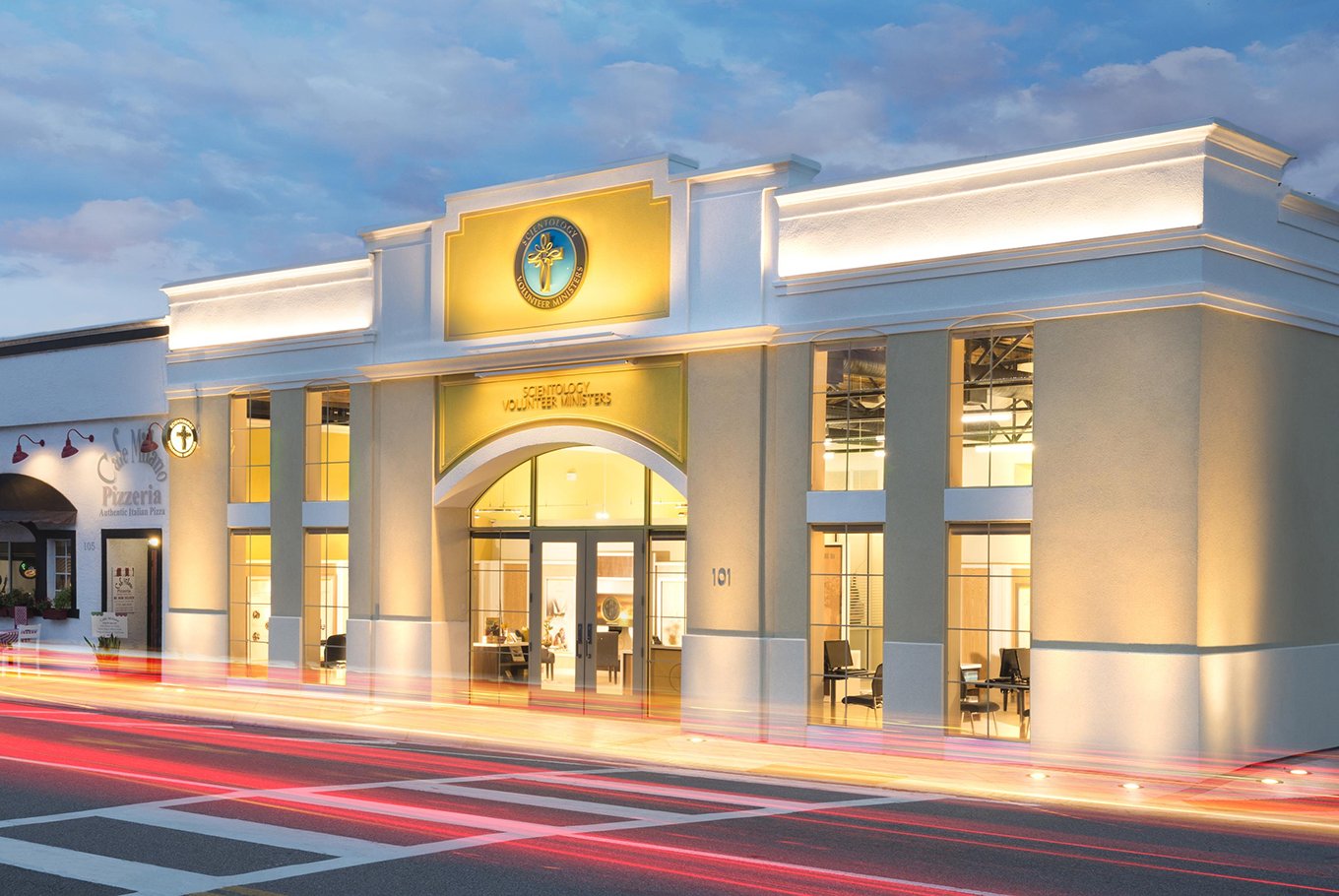 Staff of the Church of Scientology Flag Service Organization, who are also Volunteer Ministers, helped local businesses get through the storm safely by securing their property using supplies donated by the Church.
Scientologists helped ensure the safety of local businesses, with Hurricane Ian predicted to make landfall in the Tampa Bay region.

As hurricane Ian began approaching the west coast of Florida earlier this week, the Volunteer Ministers of Florida sprang into action.

CLEARWATER, FLORIDA, UNITED STATES, October 2, 2022 /EINPresswire.com/ — When Hurricane Ian was expected to hit the Tampa Bay region, Clearwater volunteers, both staff of the Flag Service Organization and local parishioners, activated. They planned for the worst while hoping for the best.

First, 40 Volunteer Ministers took on sandbagging and boarding up 53 buildings for neighbors through four blocks of downtown Clearwater and several properties on surrounding streets. They covered up 280 windows. They wanted to ensure their neighbors survived the storm with as little damage as possible. As Ian was expected to be a category 4 hurricane when it struck, it would have been tremendously destructive. The Church purchased supplies and provided the manpower free of charge to the downtown business owners.

A team of volunteers began creating hundreds of kits containing basic hygiene items, anticipating the needs of those who would be affected by the storm.

A volunteer at the Volunteer Ministers Center in downtown Clearwater published a video on the Church’s Facebook. “We’re preparing for the worst and hoping for the best,” she said. “We have people coming in to put together hygiene kits. We have people coming in to learn how to do shelter work and Red Cross. Anything you can do to help, whether it’s bringing in donations for the kits or coming to volunteer time, everything is needed right now. Let’s just all get this done together.”

Fortunately, Clearwater was spared the brunt of Ian, which was no longer classed as a hurricane when the storm moved through the greater Tampa Bay Area. The following day, after the storm moved on, 100 Scientology Volunteer Ministers moved through downtown removing fallen trees, trimming off broken branches with chain saws, and collecting 450 bags of debris. And they are planning to continue their clean-up work until Clearwater is restored to normal.

Whether serving in their communities or on the other side of the world, the motto of the Scientology Volunteer Minister is “Something can be done about it.” The program, created by Scientology Founder L. Ron Hubbard in the mid-1970s, is sponsored by the Church of Scientology International as a religious social service and constitutes one of the world’s most significant independent relief forces.

The Volunteer Minister “helps his fellow man on a volunteer basis by restoring purpose, truth and spiritual values to the lives of others.”

Tampa Bay Volunteer Ministers earned their reputation as “Hurricane Heroes” by their response to Hurricane Charlie in 2004. They responded to Hurricanes Rita and Katrina in 2005 and every local hurricane since, most recently Irma in 2017, Michael and Florence in 2018, as well as Hurricane Harvey in Texas in 2017, Maria in Puerto Rico in 2018, and Dorian in the Bahamas in 2019.

In June 2016, Scientology ecclesiastical leader Mr. David Miscavige dedicated the center for the Scientology Volunteer Ministers of Florida, along with a Scientology information center and six other humanitarian centers in downtown Clearwater. He said, “In times of disaster, whether affecting whole populations or a single household, our Volunteer Ministers prove on a daily basis that ‘something can be done about it.’ We do not discriminate. We do not judge. All we care to do is help. And, as demonstrated time and again, we deliver that help anywhere and everywhere. So, yes, that’s our new headquarters for Volunteer Ministers right here in the heart of Clearwater, for the benefit of anyone and everyone.”

For more information on the technology used by the Volunteer Minister in confronting and handling disasters, watch Scientology Tools for Life.

To learn more about the Flag Service Organization, watch Inside Scientology: Flag.

Both are available on the Scientology Network at DIRECTV 320 or at www.Scientology.tv.

8.Finance raised $215k in the Seed round