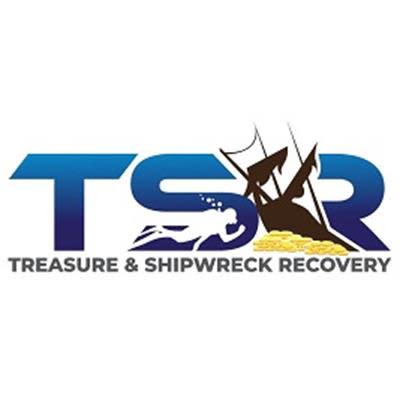 Treasure & Shipwreck Recovery, Inc. (OTC: BLIS) is a Shipwreck Treasure Recovery and Asset Acquisition Company with ongoing and future sites for the search and recovery of priceless treasure and artifacts from historic shipwrecks off the shores of Florida and throughout the Caribbean at known, proven, treasure sites.

BLIS has taken on Kane Fisher of the Fisher Family as Operations Manager, and has paired with other partners with ongoing productive and rich treasure finds off the Coast of Florida, as well as other sites at other select locations around islands and locals throughout the Caribbean.

BLIS has already had many successes in on-site locations as well as gathering very valuable artifacts as holdings. BLIS is pairing with the best of all proven sites, permitted, or under Admiralty claims as partners to not only recover treasure but as well has been making progress on a treasure recovery gaming app and an ongoing reality series for television and other media.

On September 30th BLIS announce that its vessels not only survived Hurricane Ian intact, ready for continued operations, but its crew helped numerous others survive the night through plus 100 mph winds, and six-foot waves as numerous vessels sank in Ft. Pierce, Florida. BLIS vessels, including the R/V Bellows, the company’s 71 Foot mother ship, made it through Hurricane Ian, completely undamaged, as Captain Tim Wilson and Chief Engineer Frank Gauthier, manned the vessel, keeping the dock area lit with lights and power, and helped rescue and protect numerous persons from their vessels, through the night and early morning of Sep. 29th.

BLIS will continue operations, even after the end of the “traditional” season for most operators and companies, on a number of sights off the East Coast of Florida, taking advantage of calm weather periods, and continue gathering artifacts for sale through NFT sales of objects, and will commit to portions of sales to hurricane recovery and assistance efforts. BLIS sees the efforts of its crew in helping to save others as nothing less than heroic.

On September 13th BLIS announced it has been developing what some call a novel use case of non-fungible tokens to bolster the initial and secondary market sales of objects recovered by the Company since the start of operations in 2021.

Non-Fungible Tokens, or NFTs, are unique cryptographic tokens that exist on a blockchain and cannot be replicated, much like the physical artifacts and objects BLIS has continued to recover off the coast of Eastern Florida.

Unlike the vast majority of NFTs on the market today, select NFTs minted by TSR will represent a real object from the Company’s collection.  Not only will these NFTs display a realistic 3D scan of the object and a description of its history, but they’ll also be shipped to the address specified by the buyer at the time of purchase.

BLIS recently shared an initial test 3D rendering of an object they refer to as, “The Rock” on their website https://treasurewreck.com/nft-test-01-the-rock/.  The important part of the test, according to BLIS, was the use of a highly customized photogrammetry application and process that translates a series of pictures into a fully rendered 3D object, aiming to render the 3D object with as much accuracy and precision as possible from each respective photograph angle.

BLIS has yet to reveal which blockchain they’ll use to mint their first NFTs, only asserting the NFTs will be safeguarded by the use of a Smart Contract.

On August 30th BLIS announced adding an additional vessel and contracted partner crew this year, doubling the number of ships in their search and recovery fleet with a very experienced partner crew. BLIS contracted partners and crews on the East Coast of Florida in an area commonly referred to as the “Treasure Coast” for the history of known shipwrecks thought to be carrying valuable loads and the valuable objects that continue to be found in the area over many decades. The season thus far has been a tremendous success for the recovery of numerous precious artifacts and working to get new sights with previously unexploited wreck sights.

The new vessel and contracted partners have allowed BLIS to increase the use of both the research they have done on known wreck sites and the new technology procured before the season, resulting in a higher number of finds this year. Some of those finds include gold chains, gold, silverware such as silver forks, gold rings, and over 50 precious coins. Craig Huffman, President, and Chairman of TSR, said of the recoveries, “This year has been exciting for the Company and our partner crews. The research done in the offseason, the new technology we’re using, and the vessels in operation are making it so recoveries are happening much more frequently; almost daily. The most exciting part will be putting these objects into the hands of collectors and for the world to appreciate.”

BLIS has also acquired advanced research and scanning equipment to aid in its search for underwater shipwrecks and is in negotiations for additional “outside the box” technologies to discover more sites for recovery operations.

Many of today’s treasure-hunting and shipwreck recovery companies rely on technology that has existed since the 70’s despite the existence of newer technologies ranging from AI to satellite imagery as well as scanners that can identify gold, silver, and other materials.