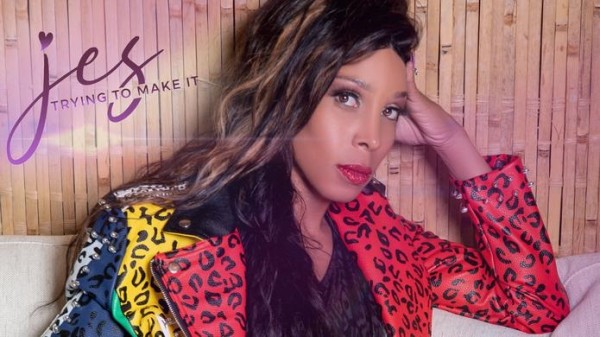 The new reality documentary series is on the brink of release highlighting some of society’s major concerns; mental health and oppression.

A new reality series is on the horizon called Jes Trying To Make. The documentary is set to highlight some of society’s most serious issues, but in a fun and friendly manner.

Founder of Victims2Victory.inc and creator of the Stop The Hate program, is now re-branding herself on her new platform Just Trying To Make It (JesTTMI). A reality doc series that will be featured on YouTube. On the show, Jes wants to show her audience how to discover a mindset of peace and how they, too, can create their career after trauma.

Huge platforms like Youtube now allow creators and influencers to voice their concerns, and establish a fan-base which until recently wasn’t easily attainable. Audiences are also actively seeking new media outlets for education on a range of topics too.

The show will give a diverse perspective on the daily and mental struggles individuals often have to face, regardless of their; gender, race, or social status. It also shows how regular people like Jes can make unique and organic relationships with celebrities who have become her mentors over time.

A well-produced show like this would do very well on a major network, but Jes believes YouTube is the perfect platform for a minority who wants to keep control of the narrative. The show brings up uncomfortable conversations that allow viewers to discover how to strengthen their weaknesses and live happier lives.

The video teaser describes Jes as a serial entrepreneur, full of humor and swag who’s highly creative. With the series set to come soon, Jes looks like a real natural on screen, and you can see her talent and enthusiasm shine through.

Discover how Jes found; joy, peace, and success after losing her father to police brutality, two older brothers, years of abuse, and five years in federal prison. Though the show is told from a black woman’s perspective, the narrative is something all genders and races can watch and be empowered from.

The best way to describe someone like Jes is; her energy is magnetic, her heart is big, and her fearlessness makes her unstoppable. You don’t want to miss Jes Trying To Make It; coming this Spring, only on YouTube.

SAM Corporate, a Dubai Based Niche FinTech Services Group gets a financial investment from Transworld Group

Jason A. Elliot’s New Book Teaches the Art of Mastering the Mind for Success