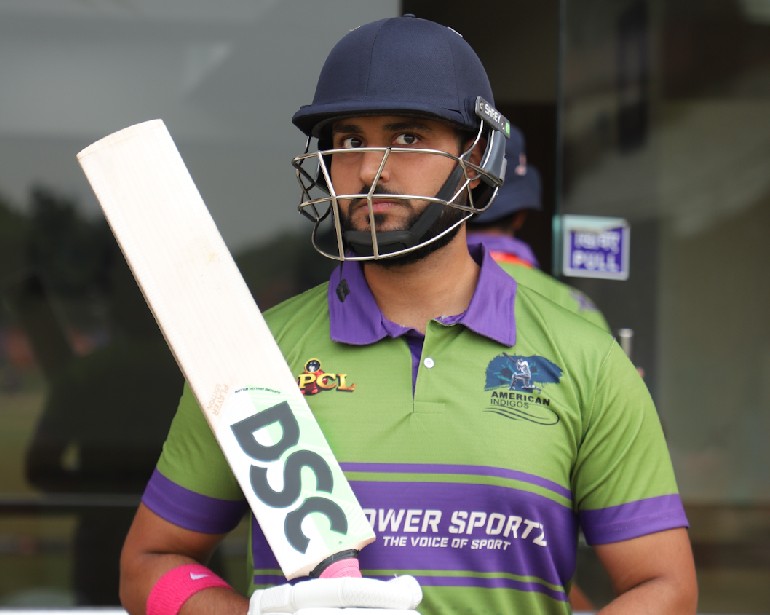 Suneel Kumar has always been a talented cricketer, but with a career previously riddled with injuries, the renowned athlete has yet to cement himself as one of the greatest to ever play the sport.

Suneel Kumar is an American-born cricketer who has played the sport all over the world. He was in the USA Men’s 30-Man National Training Camp during the 2017-2018 season and is looking to get back out there to achieve the success he was destined for.

After a series of injuries in between seasons, the professional cricketer made his return during the 2021 season in Minor League Cricket, playing for the Florida Beamers. In a tragic twist of fate, Suneel Kumar was involved in a car accident that broke his hand and cut his season short yet again.

In 2022, Kumar returned with a vengeance in the US Premier League. A series of strong performances managed to get him called up to the India-based Global Power Cricket League where he made his case known to the world.

Suneel Kumar is known for his ingenuity and his out-of-the-box thinking. These characteristics have made him a creative cricketer but have also allowed him to flourish outside of the sport as a social media content creator. The renowned trendsetter began his own YouTube vlog just last September, recounting his success story’s trials and tribulations.

In fact, no other active cricketer has ever started their own YouTube vlog, making Suneel Kumar one of the early adopters of the digital age. “I believe in this digital age where competition is so much more than for previous generations, we as athletes have to do whatever we can to get ourselves in front of as many eyes as possible. Performances don’t matter if nobody is taking note of them,” explained Kumar.

Navigating the new frontiers of social media content creation, Suneel Kumar believes that his impeccable work ethic and overwhelming confidence will lead him to even bigger success inside and outside the sport he loves. With his recent performance, Suneel Kumar is well on his way to the top, and it’s exciting to see how he has inspired future generations to follow in his footsteps. “I want the dreamers of the world to know they can make their dreams come true through hard work and perseverance; you just have to stand the test of time,” he shared.

Truthfully, it’s only a matter of time before the sports world comes to know the American Cricketer Suneel Kumar. As he treads the path where no other cricketer has ever gone before, the talented athlete is making an indelible mark in the sports industry and beyond.

Designer John Robert Wiltgen Beats the Odds: ‘The Candy in My Pocket’ – An Inspirational Memoir About Designing Your Best Life

Photography & Poetry is an awe-inspiring Art That Can Touch the Soul from Within.