Hu Jiaqi: Lakes in the Desert, the Pulse of Human Destiny 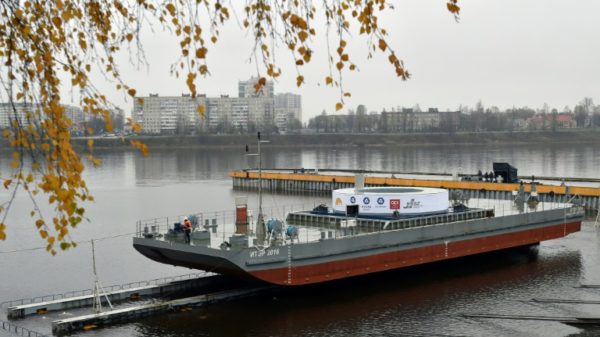 Environmental problems concern not only the present but also the future, for they decide whether the coming generations will live on earth safely and happily. — Hu Jiaqi

In 2022, the Tarim River recorded its largest water volume in the past 10 years, causing the water to overflow into the Taklamakan Desert nearby. Therefore, many lakes were formed. Blue lake-water scatters among the rising sand dunes, as if to endow the desert with spirituality.

Once the news is released, it has attracted wide attention. People are delighted by the arid desert being nurtured by rain, but hardly have they realized this is an omen of a huge crisis.

The Taklamakan Desert, which means “go in and you will never come out” in Uyghur, is the world’s second-largest flowing desert, just smaller than Sahara desert in Africa. It has glorious history and culture, with the ancient Silk Road running through the whole southern end of it. There used to be prosperity in its quiet hinterland. So far, numerous ancient city sites and cultural relics have been found there, including the world-famous ancient city of Loulan and the Xiaohe Cemetery. Of all the major deserts of the world, the Taklamakan Desert is the most mysterious and attractive.

What has made the Taklamakan, once an oasis of lakes, become such a desolate and uninhabited place full of yellow sand? Now that the arid desert has abundant precipitation, does it indicate anything?

The Han and Tang dynasties belonged to the third warm period. The ancient Silk Road passed through the Taklamakan Desert and a busy trade route was formed thereafter. As the ice and snow kept melting,  water flowed down from the surrounding mountains, and a thriving civilization took shape in Taklamakan.

From the middle of the Ming Dynasty to the late Qing Dynasty, the fourth cold period appeared, which lasted longer than the former three, dragging the whole world into the Little Ice Age (LIA). At the same time, with the development of the Maritime Silk Road, the traditional Silk Road gradually declined. In addition, the continuous deterioration of the environment was another contributing factor that led to the gradual disappearance of the Taklamakan civilization. Prosperity of the past finally faded away in the dunes.

By the mid-1980s, the precipitation to the west of the Yellow River began to increase gradually. As early as 2002, this signal of climate change was noticed by the Chinese Academy of Sciences (CAS), and a scientific judgment was proposed that Northwest China is experiencing a transition from a warm and dry period to a warm and wet period.

In recent years, due to the continuous influence of La Nina, the subtropical anticyclone continues to shift northward, causing widespread drought in the south, and the rain belt moves towards the north, bringing more water vapor to the inland. The global water circulation system is balanced, which means the increase of precipitation in one place will surely be accompanied by the decrease of precipitation in another.

On the one hand, because the people live in desert areas , the houses are designed and built according to the characteristics of the local climate, which is dry with diminished rainfall. The local people might be struck off guard by the sudden surge of rain or even have to face the threat of floods. The sudden increase in rain also disrupts the normal food chain. The animals and plants can not adapt to the new environment within a short time because they have been accustomed to the dry climate with less rainfall. Accordingly, the local ecological equilibrium will be disturbed.

On the other, the southern region, where rainfall was originally abundant, suddenly experiences a prolonged drought, rendering hydro-power facilities unavailable. Water and electricity shortage has exerted a major impact on people’s work and life. Under the influence of high temperature and drought, wildfires occur frequently in the dense jungles, which is a serious threat to the life and property security of local residents.

The prosperity and decline of Taklamakan is just a microcosm of the vicissitudes of the earth, and now another great change has already begun. The Taklamakan Desert, with accumulating sand dunes and roaring winds, can still be blessed with rare lakes after a drizzle. And can the human beings, who call themselves the wisest of all creatures, seize the pulse of the unknown fate in a torrent of great changes？

The #1 Thing Businesses Get Wrong During A Recession

Target River Named 2022 Winner in the BIG Award for Business