Is Alicia Keys The Santa Baby In The Eartha Kitt Biopic? 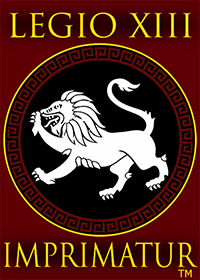 The inimitable Eartha Kitt, subject of the upcoming biopic Eartha Kitt C’est Si Bon, is the inspiration for many performers from decades past to today. The latest is Alicia Keys, whose cover of Eartha Kitt’s perennial favorite Santa Baby will release November 4, 2022.

The original Santa Baby as performed by Eartha Kitt on screen in 1954 is available for viewing on the Eartha Kitt film site at earthakittmovie.com beginning November 3, 2022. Eartha Kitt originally recorded the song in 1953 with Henri Rene and his orchestra, with whom she also recorded her most iconic hit C’est Si Bon. Alicia Keys is the latest in a list of prominent recording artists who have covered Eartha Kitt’s Santa Baby. Those artists include Madonna, Kylie Minogue, Ariana Grande, Taylor Swift, Gwen Stefani and many others.

Eartha Kitt C’est Si Bon is a highly anticipated feature length biopic about the icon of stage, song and screen, Eartha Kitt. The film is set to release in September 2023. The production has been announcing star cast one by one since August, 2022. Names known so far include Kenan’s Dani Lane as Eartha Mae (the young Eartha Kitt), Star Trek Voyager & Prodigy star Robert Beltran as Orson Welles, X-Files alum Carrie Cain Sparks as Ella Fitzgerald, and former James Bond girl Trina Parks as Loucile Ellis. The film is being directed by Diamond Monique Washington and Shadow Dragu-Mihai.

The film production says it cannot release the name of the actress playing the title role until December. The Alicia Keys release has prompted speculation that she may be cast as Eartha Kitt. In fact the timing of Alicia’s Santa Baby track seems calculated to confirm that she has the role. Eartha Kitt C’est Si Bon will open super-advance exclusive ticket sales on November 11th, and the Alicia Keys Santa Baby releases November 4, 2022, just one week before those sales open.

When asked about Alicia Keys being in the film, producer Leigh Ariana Trifari responded, “We’re bound by contract not to reveal who will play Eartha Kitt until December. So unfortunately, I cannot confirm or deny that Alicia Keys is in the film in the role of Eartha Kitt, or any other role. She would be an interesting choice though, right?”

Eartha Kitt C’est Si Bon is represented exclusively by licensing authority Legio XIII Imprimatur Inc. All media and other inquiries should be directed to Legio XIII through the corporate website.