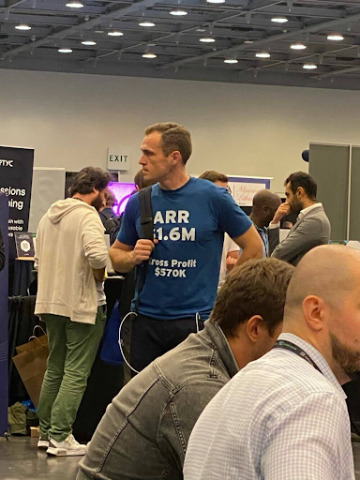 “Guy With That Swag” is a Georgia-based startup founder that recently went viral after eclipsing 130,000 LinkedIn post visitors in a single day.

The world would be moving at a much slower pace were it not for the great inventions of startups, just like the space of entrepreneurship wouldn’t have been the same without Nika Abashidze, the founder of CARU and the person everyone on LinkedIn is talking about.

Like most startup founders, Nika started with a big idea and a small team. Against all odds, he came to the American market to make an impact:

“In Georgia, potential investors told me that the U.S. market is different and CARU would not work here. My gut feeling will either perish me or make me a billionaire. Anyway, it’s a great adventure,” said Nika.

To showcase and promote his startup called CARU, Nika Abashidze attended this year’s TechCrunch Disrupt event. While most founders brought teams of advisors, assistants, and collaborators, Nika stood his ground as a one-man army, confident that his company and product will speak louder than words.

Nika attended the exhibit and quickly became one of the main talking points of the event; partly because of his courage and partly because of the groundbreaking solutions CARU offers to the automotive industry.

CARU is an innovative app designed to help vehicle owners order car parts, diagnostics, and repairs online by connecting the user with the nearest professional with a click of a button. Multiple choices will appear on the user’s screen, depending on the selected service and area.

Nika built CARU to help his clients save time and cut costs on traveling/towing their vehicles for repairs or diagnostics. According to Mr. Nika Abashidze, CARU can streamline the process of car repair servicing and lower the required time by multiple hours, stating:

“If you go by yourself, it will take you an average of 8 hours to repair the car while the vehicle can be repaired in mere 5 minutes. By choosing CARU, you can save yourself the trouble of going back and forth, waiting until the car is serviced and cleaned before driving back again,” said Nika Abashidze.

CARU soared in popularity after TechCrunch Disrupt. The community of CARU supporters and members has eclipsed 20,000 users and boasts an enviable score of 5/5 stars on Facebook and Google Reviews. 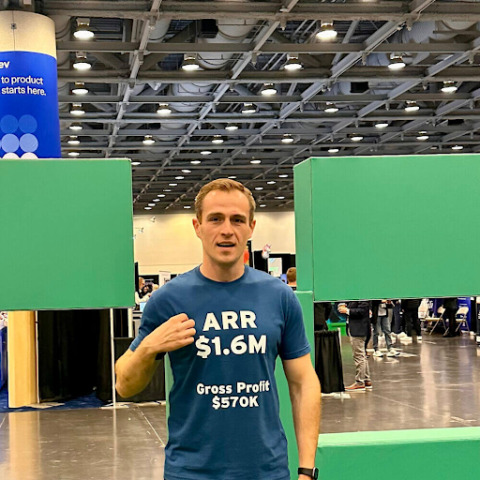 What makes CARU unique is the fact that Nika has connections with numerous top-rated US-based mechanic professionals; he vouches for the car’s safety by offering a satisfaction guarantee and insurance on all orders but also points out that drivers using CARU can benefit from significantly lower mechanic fees, stating:

“A car expert will take your car for repair to a private mechanic. We know all the best mechanics for your vehicle and have access to all the best suppliers for spare parts. You will get a 40% lower price than repair shops and wholesale prices for spare parts,” said Nika.

More information about Nika Abashidze is available on his official website.