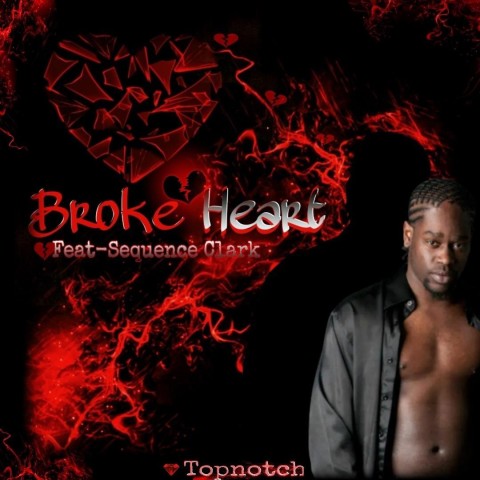 Professional hip-hop artist Topnotch is excited to announce the release of his latest song, “Broke Heart.” on November 1, 2022.

Featuring up-and-coming new song “Broke Heart” of professional and well known artist Topnotch, this catchy tune is about having your heart broken in a relationship and being with someone you feel is only using you. Topnotch has been making a name for himself in the hip-hop scene over the past years, with songs like “Topnotch crazy out here” earning him a loyal following and extensive press coverage. With the release of “Broke Heart,” he’s sure to capture the attention of even more fans and music critics alike.

Topnotch songs have become known for their raw emotion, clever lyrics, and infectious beats, and the new single is no exception. The listeners always keep coming back for more, and with the release of “Broke Heart,” Topnotch will continue its success streak.

With the release of Broke Heart, Topnotch will surely be touching broken hearts and inspiring broken people all over the world. His vision towards this song is to spread love and positivity. In an interview, Topnotch said:

“I’m so excited for the release of Broke Heart. This song means a lot to me, and I know it will touch the hearts of so many people out there who have experienced a broken relationship. I hope my fans will love it as much as I do.”

The song’s beat is sure to keep listeners grooving, and its catchy chorus makes it a perfect addition to any playlist. The music of this song provides the perfect backdrop for the meaningful lyrics, peaceful and calming yet energizing and upbeat. Whether listeners are looking for a piece to help to get through a tough breakup or want to listen to something that will put a smile on their faces, “Broke Heart” is sure to satisfy them.

This Melo-rhythmic track gives a feeling of peace and energy all at once. The lyrics perfectly express the feelings of heartbreak and loss yet also offer hope for a brighter future filled with love and happiness. And with Topnotch’s masterful flow and seamless delivery, “Broke Heart” will become a fan favorite. This musical landscape is one that Topnotch has expertly mastered over the years, and with this new release, he is sure to continue his reign as one of hip-hop’s most talented artists.

This song is set to be released on November 1, so make sure to check it out and support exceptional artists like Topnotch as they continue to bring their unique sound and talent to the mainstream. His fans can expect more new music from him soon, so be sure to stay tuned!

His song tracks are winning over audiences around the world with their relatable lyrics and catchy beats. Whether you are a heartbroken or emotional music lover, be sure to check out “Broke Heart” on your favorite music streaming service today!