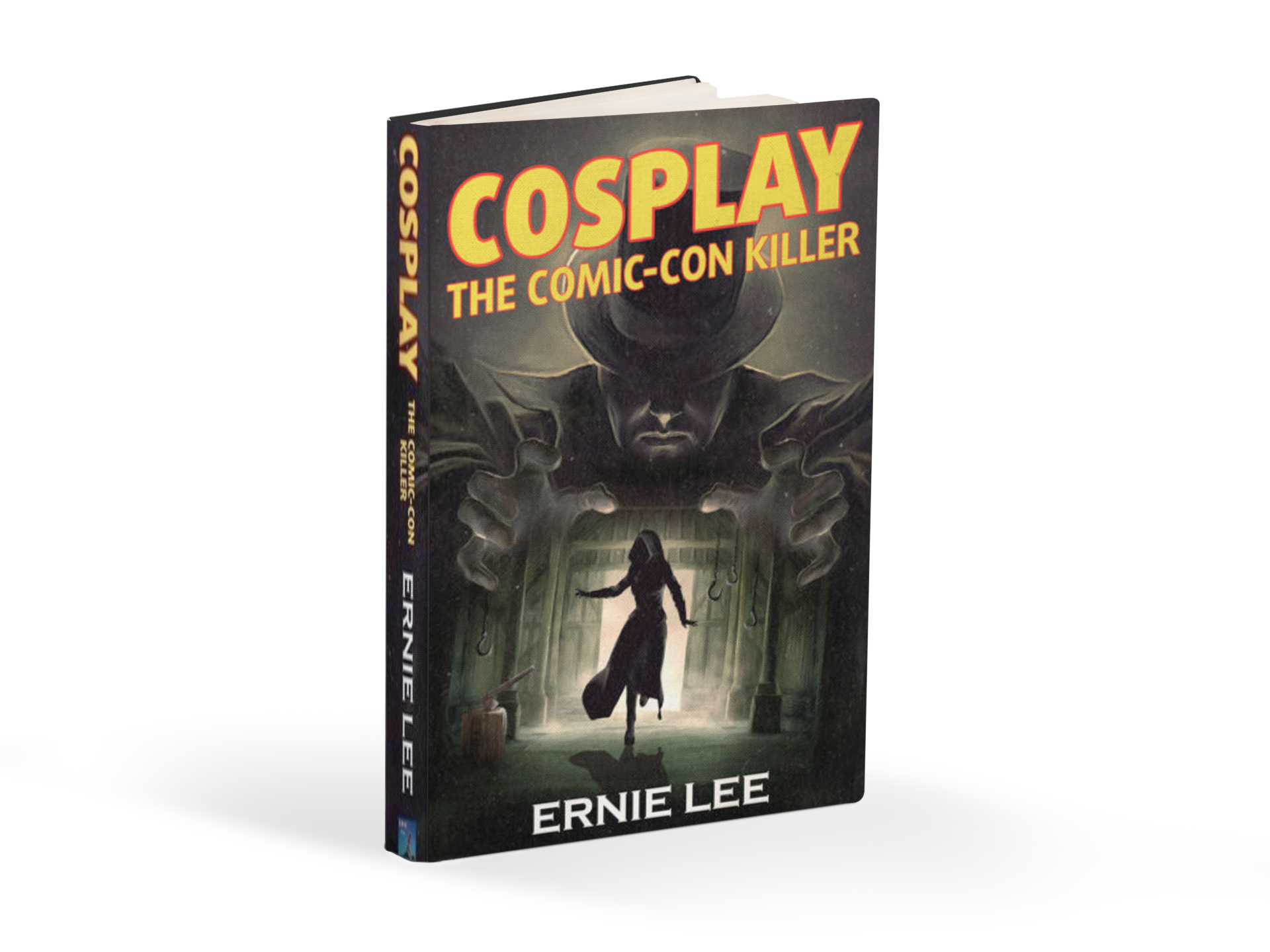 Ernie Lee’s, COSPLAY: The Comic-Con Killer is a compelling thriller about a rookie female detective in a race to stop a dangerous serial killer from cosplay-inspired murders.

COSPLAY: The Comic-Con Killer by Ernie Lee is a fast-paced crime thriller that pulls readers into the world of cosplay, gaming and murder. In the book, a rookie female detective must overcome bureaucracy, prejudice, and the “good old boy” system to track down and stop a killer. The story unfolds from two perspectives; a woman trying to find her place in male-dominated police culture, and a vicious killer floating between fantasy and reality.

“Thousands of people attend Comic-Cons annually…I noticed that at Comic-Cons most of the participants are costumed, and it would be difficult to identify them,” says author, Ernie Lee. A multiple award-winning author, Lee is an expert at crafting stories in the mystery, thriller and suspense genres. After attending several Comic-Cons, Lee’s goal was to share a highly original and compelling story for a very specific, target audience. “The purpose of the book is to appeal to Comic-Con fans. They will enjoy the thrill and descriptions of the book. Those who have not attended Comic-Con may wish to go and see for themselves.”

COSPLAY opens with a focus on Selma Cibolo, the newest addition to the San Antonio Police Department and the youngest detective on the force. Shortly after her arrival, police find a body in a dumpster behind the San Antonio Convention Center. Before the coroner can identify the body, Selma recognizes the costume of a Comic-Con character named Evie Frye and is convinced there is a cosplay angle to the case. However, Selma’s supervisor, old-school Detective Thorn Nix, reduces her theories to nonsense and loads her up with cold-case files to keep her out of the way. So, when Selma discovers another senseless murder that occurred at a previous Comic-Con, she is determined to prove herself and goes to extraordinary lengths to locate and detain her suspect. A dangerous game of cat-and mouse ensues in a chase that pits Selma against the FBI and threatens her career, sanity, and life.

The book weaves together several unique themes and ideas to create a wholly original type of thriller, full of suspense and shrouded in mystery. The killer’s identity remains a secret for most of the book, leaving readers to piece together clues, bit by bit, as new information becomes available. In addition, themes of discrimination, power, and female empowerment tie the work together in a memorable way.

COSPLAY: The Comic-Con Killer has received positive reviews from literary organizations around the world. A reviewer with Online Book Club writes, “Cosplay is a unique crime novel that highlights criminal psychology by diving into the mind of a serial killer, gender and police politics, and fantasy characters. It is an engaging read that poses riddles and merges three timelines and legendary myths.”

COSPLAY: The Comic-Con Killer is available for sale on Amazon, Barnes & Noble and other online bookstores. Fans of mystery detective thrillers are encouraged to purchase their copy today: https://www.amazon.com/Cosplay-Comic-Killer-Ernie-Lee/dp/1732113165

The Bard of the Blanco, Ernie Lee, is a Texas award-winning poet from Canyon Lake, Texas. He is a songwriter, storyteller, author, and poet of long standing in the region.

Ernie’s debut novel Aquasaurus was awarded the 2017 Suspense novel by Texas Authors, Inc. His book of poetry, Where the Wild Rice Grows, was released in 2016. A second novel, Him, followed in 2016. In this book, Ernie uncovered new information on 135-year-old murders, and was interviewed on NPR, and KUT Radio in Austin, Texas. In 2019, Ernie released the Search for Aquasaurus, the 2020 Best of Texas Award from Authors Marketing Guild. The book was selected for the award by a panel consisting of Texas librarians. The book also received the Book Excellence Award Finalist. Ernie’s most recent novel COSPLAY: The Comic-Con Killer was a big hit and sold out at the 2022 Corpus Christi Comic-Con. To learn more, please visit: https://www.Aim-HiBooks.com