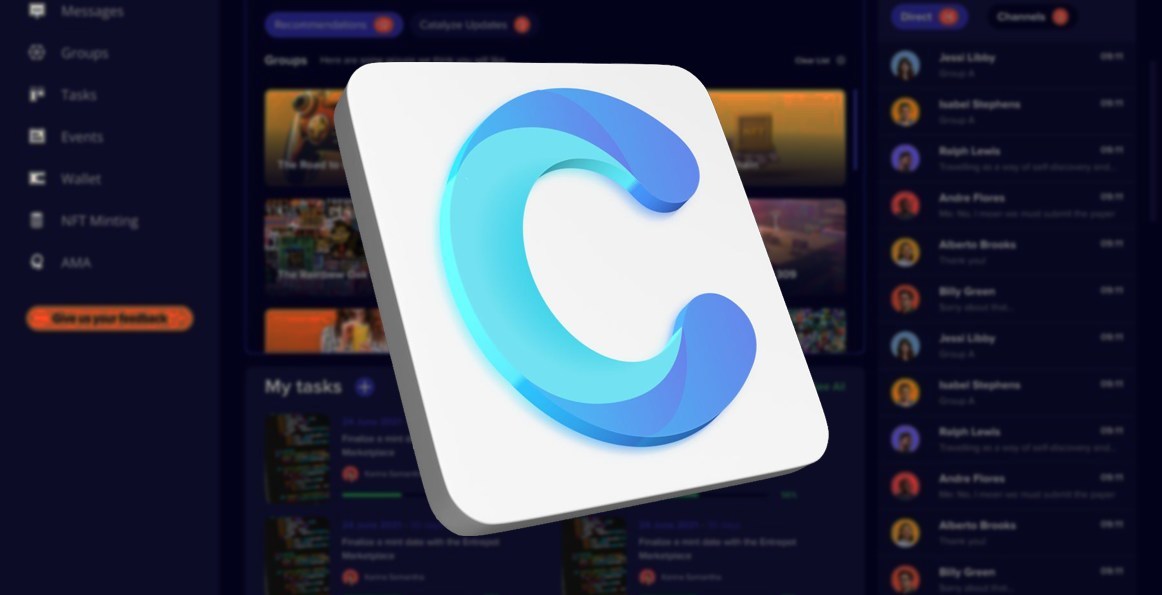 After 18 months of research and development, the creators of a popular social cause platform are launching the public beta of an entirely new application Catalyze. Catalyze is a decentralized answer to traditional community building platforms such as Telegram or Discord.

Because Catalyze is blockchain native, unique features like strong anonymity, tokenized incentivisation, Engage to Earn, and in-app cryptocurrency or NFT transfers are now possible. The platform will feature a community DAO creator and gives users ownership of their own data by default. NFT creators, NFT collectors, metaverse users, and Gamers (amongst many others), will evolve in a fun and custom-built environment that fits their needs and ethos.

“Catalyze is the first feature rich social media platform to run on-chain. Until very recently the cost, performance, and developer experience of Web 3 made this impossible. For us, decentralized social media didn’t make sense as a concept until the entire app from front end to back end could be hosted and served from a blockchain. We are very excited to be able to say we have achieved this.

Marketing Technology News:  MarTech Interview with Lindsay (Boyajian) Hagan, VP – Marketing at Conductor
“You can’t challenge the social media status quo with anything less than the best. Catalyze features a beautiful user experience that provides an answer to the frustrations of current social media users – unethical monetisation, censorship, surveillance – and adds the benefits of Web 3 native features. We are in the process of directly integrating it with the leading chains.

“Web3 projects have been supporting their communities with inappropriate Web2 tools resulting in unstructured and inactive audiences. With its groundbreaking model, Catalyze plans to help these unstructured and non-stop stimulation-hungry audiences better form engaged and proactive communities”.

Catalyze V1 is deployed on the Internet Computer developed by the DFINITY Foundation. Catalyze will begin to support other leading blockchains in the coming months as part of its multi-chain strategy. The team expects Catalyze to become the first DeSo platform to achieve multi-ecosystem adoption and penetrate the traditional social media market.