Map of Materials is the latest RPG game that comes with challenges and adventures at every step on a mysterious island.

An avid gamer and indie game developer from Germany has recently launched a cutting-edge RPG game on Kickstarter that promises hours of adventure and beautiful background music. Titled “Map of Materials”, the game has already earned kudos from an early batch of players.

Map of Materials centers around the story of Vincent and his exciting adventure. The game starts with Vincent being stranded on an unknown island from where he would have to find his way home. But, the road to home is not an easy one as Vincent has to encounter various strange creatures and arduous challenges on his way to escape from the island. He also meets different inhabitants of the mysterious island in his journey and each of them has their own secrets.

“I have always been an avid gamer for a long time and have played a variety of games over the years. I always had this dream to develop a game of my own someday- and then, in 2019, I finally decided to start working on my first-ever game. Thus, Map of Materials was born.”

Per his statements, the game is packed with thrills and adventures at every step as the player and Vincent will tread through various terrains and dangerous caves where they might have to encounter dark shadows. It’s going to be a challenging journey for Vincent as he would have to pass through extreme weather conditions and bear pangs of terrible hunger and thirst- all of which would inhibit his abilities and also try to dampen his spirit. But, amid all these dangers, they would find valuable tools that would ultimately help them to escape the island and enable Vincent to return to his home.

Top features of the game: 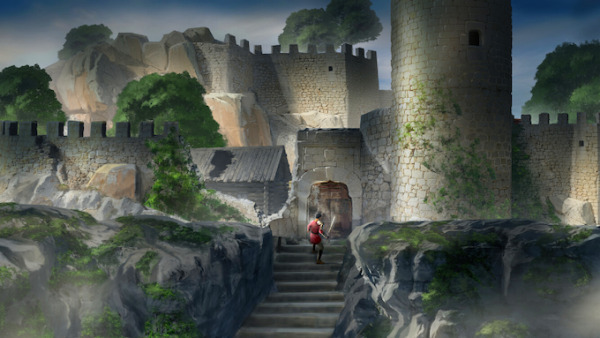 “The harmonious soundtrack and the beautifully designed game world, invite you to give in to the desire to explore and experience a new adventure!”

“It made every achievement feel like one I’d won, everything I figured out gave me a thrill of really achieving something.”

“Being an avid gamer, I have always tried to create a game that gamers would really enjoy playing. Map of Materials is composed of all those nuances that gamers look for in a thrilling game. We are glad that the game has been loved by the early batch of players but now we want to take it a step higher- thus, this Kickstarter campaign. Your generous support will enable us to bring a new enhanced version of Map of Materials to life and introduce an exciting game in the RPG world.”

To show your support for the campaign, please visit Kickstarter.

New Book, ‘Life in the FAST Lane’ Elucidates the In’s and Out’s of Fasting