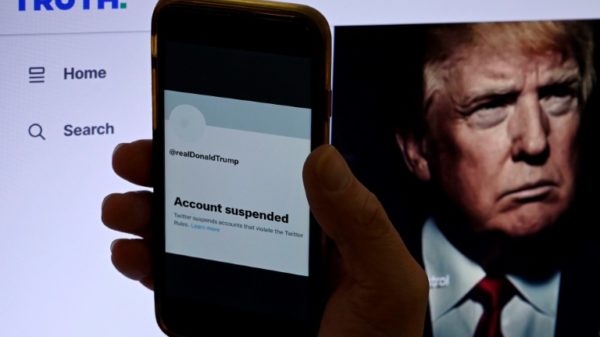 – Active and Expanding Mining Operations in Mexico for Base & Precious Metals.

– Digital Assets Division for Offerings of Cryptocurrency and NFT Products.

Asia Broadband Inc. (OTC: AABB) is a resource company focused on the production, supply, and sale of precious and base metals, primarily to Asian markets. AABB utilizes its specific geographic expertise, experience, and extensive industry contacts to facilitate its innovative distribution process from the production and supply of precious and base metals in Mexico to client sales networks in Asia. This vertical integration approach to sales transactions is the unique strength of AABB that differentiates the Company and creates distinctive value for shareholders.

Additionally, AABB has added a digital assets business segment with its AABBG freshly minted mine-to-token gold-backed cryptocurrency within its AABB Wallet, a proprietary digital exchange AABBExchange and a proprietary cryptocurrency payment gateway solution PayAABB.com. AABB expects its token to become a worldwide standard of exchange that is stable, secured, and trusted with gold backing, while having the added benefit of demand-based price appreciation. These are unique and outstanding qualities relative to other cryptocurrencies.

On November 3rd AABB announced the Company is on track with its mining operations expansion initiative to realize substantially expanded production in 2023 and into the forthcoming years. Recent and planned acquisitions and additional processing facilities have laid the foundation to progress rapidly on a path of organic growth. Furthermore, as the Company continues to execute its business plans and increase revenues and net assets, management anticipates the market will acknowledge the share value in AABB. A major announcement supporting the Company’s path to growth is expected in the coming weeks.

In addition to the growth of its mining business segment, AABB is currently broadening its digital asset division with significant additions and enhancements to improve product functionality, efficiency, and feasibility. These upgrade, expansion, and development events are expected to be rolled out and announced as they become available shortly.

On October 19th AABB announced that it has created a proprietary set of Non-Fungible Token (“NFT”) renderings for finalization in preparation for release into the NFT market. Over the past several months, AABB has been working through a development process with a group of graphics and NFT consultants to create the initial branded NFT renderings. The implementation of the Company’s NFT business plan with the recent launch of operations into this new digital business segment strategically positions AABB for growth in the coming years.

AABB management created a corporate initiative earlier this year to enter the NFT market to advance the rapid expansion of the Company’s digital asset base. Subsequently, AABB has been developing its initial NFTs and been in discussions to create multiple NFT marketplaces for unique digital content categories including music, sports and video media. Additionally, AABB possesses a comparative advantage to efficiently process NFT transactions within the marketplaces. Using the existing AABB blockchain-based digital technology platforms, the AABBG token, AABB Wallet and AABB Exchange can be expeditiously integrated into newly created NFT marketplace networks.

The NFT market in 2021 realized explosive growth and is estimated to have reached over $40 billion. Furthermore, the growth trend is projected to continue long-term, as NFTs are expected to become increasingly integrated with the general public and accepted by the investment community for their proven authentic and unique properties.

The Tequila production facilities upgrade program continues to progress towards an additional 50 tons per day (tpd) production capacity. After the facility’s retrofit is complete, the mill capacity will be 100 tpd and double the current processing limit of 50 tpd.

In addition to the production increase from the mill retrofit, AABB is planning a large-scale expansion of its production and processing facilities to begin installation next year. Utilizing the advances in mining equipment automation and efficiency, the larger scale facilities will have significantly increased throughput and metals extraction. The added production volume at a lower cost per ton is expected to have a substantial impact on the AABB gross profit margin going forward.

AABB continues to implement its mining property development and acquisition strategy to optimize capital utilization by focusing operations in regions of Mexico where AABB has a comparative advantage of development resources and expertise readily available for rapid expansion and duplication of the previous AABB gold production success.

A safe and easy way to accept over 400 cryptocurrencies in your online store or offline business.

The PayAABB Cryptocurrency Payment Gateway was built with the core values ​​of efficiency, anonymity and security. The easy installation process takes less than one minute. This plugin allows users to easily accept not only Bitcoin, Bitcoin Cash, Litecoin, and Ethereum, but other valuable crypto coins by simply adding them to your merchant profile settings.

Platform is 99.95% secure, protected with a SSL certificate, Google 2FA, Google Authenticator and encrypted with other security features developed by AABB.

Add PayAABB as a plugin in your existing online shop, use as an app when on the go.

Customers can pay for products and services with crypto at retail locations.

Instant confirmation after making a payment.

Diverse methods of accepting payment for goods and services, consolidated under one merchant account.

Keep the customer on your website, no redirection to third-party websites or iframes during checkout.

Keep your data safe, no need to give your customer’s data to a third party.

No KYC or product restrictions.

Access the dashboard to get detailed information about transactions.

Ability to automatically exchange received cryptocurrencies for a stable coin like USDT or USDC.

Merchants can install the same plugin on any number of websites.

Receive donations in any of the cryptocurrencies.