Steve Jackson’s Award-Winning Book, An Affair in the Valley, Takes Readers On A Heartfelt, Transformative Journey Through Poetry 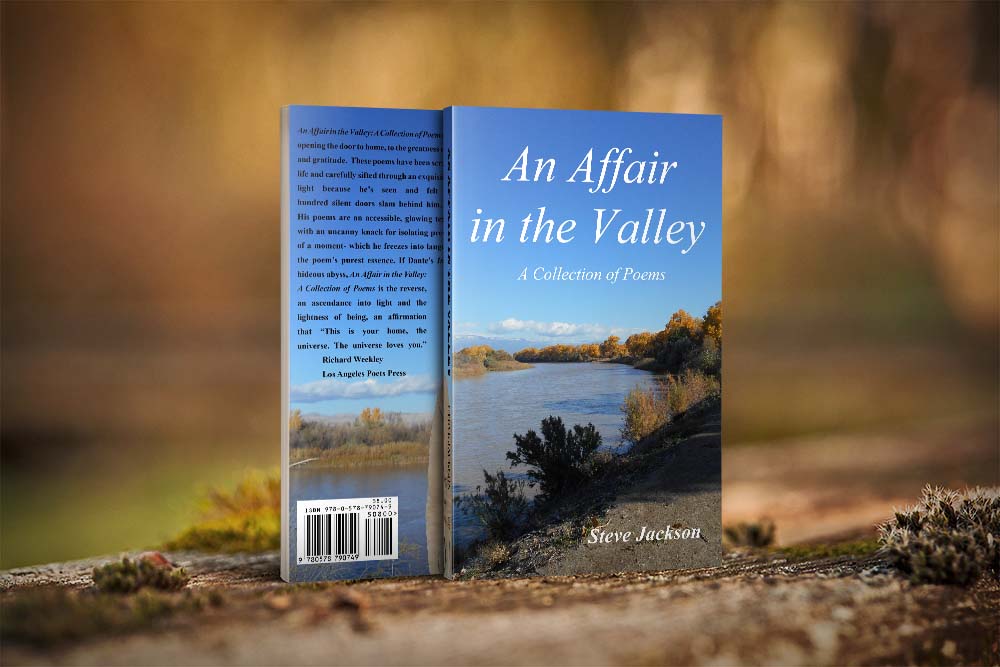 Steve Jackson’s, An Affair in the Valley is an enlightening collection of poems that present a captivating portrait of growth and inspiration.

Steve Jackson is an international bestselling and award-winning poet who has written three books, An Affair in the Valley, Wade in the Water and The Harbor. Jackson’s poetry resonates deeply in the minds and hearts of readers and his work has attracted an audience of readers around the world. Jackson’s An Affair in the Valley is a collection of poems that invites readers to embark on a transformational journey through the darkness into the beauty and peace of light. His work highlights the universal themes of love, life, sorrow, joy and gratitude, allowing readers from all backgrounds to connect with his work.

An Affair in the Valley was over ten years in the making, written as a way for Jackson to connect with readers on a deeper level and bring out the best in humanity. “The subjects seemed to speak a kind of language I felt compelled to express, a language like a song, celebrating people suffering for the cause of compassion and coming through with heroic natures that are now ascending in the world,” says Jackson. Jackson always believed that books were the soul of the human race and began a quest to try to tell a story of people achieving an ideal with each other.

In vulnerable and honest language, Jackson addresses his own life experiences of abandonment and betrayal while also providing an inspirational, promising outlook toward the future. Through his work, he aims to turn his struggles into strengths as a means of empowering readers, showing the inherent courage that all humans share. By combining his deeply personal life experiences with sentiments about love and self-acceptance, Jackson has crafted a transformative, passionate and moving collection, reminding us that humans are not alone in their trauma and recognizing the universal miracle of everything.

An Affair in the Valley has been endorsed by some of the most well-renowned experts, authors, and reviewers around the world. Maincrest Media writes, “Jackson’s unique voice shines through loud and clear — enough so that we have no trouble hearing the compelling, beautiful message it declares.” In addition, Elite Authors writes, “An Affair in the Valley reads like a love letter to joy, pain, relationships of all sorts, and the truth that what connects us in this human experience is complex and deeper than any ocean.”

An Affair in the Valley is available for sale on Amazon and Barnes & Noble. Readers are encouraged to purchase their copy today: https://www.amazon.com/Affair-Valley-Collection-Poems-ebook/dp/B08QGB2Y28/

His first two books, Wade in the Water and An Affair in the Valley: A Collection of Poems were published by Los Angeles Poet Press. Steve’s third book, The Harbor, was published by Dr Karunesh Agarwal, managing editor of the Taj Mahal Review in New Delhi, India.

Steve studied English literature in college and went on to work in the music business in Los Angeles where he wrote songs and poems. His quest led him to reside near the mountains of Colorado where he lives and writes.

The Most Innovative Energy Candy in the World