A Profound Expression of Gratitude, Love, and Thankfulness – Var Underscores the Silver Lining with New Single 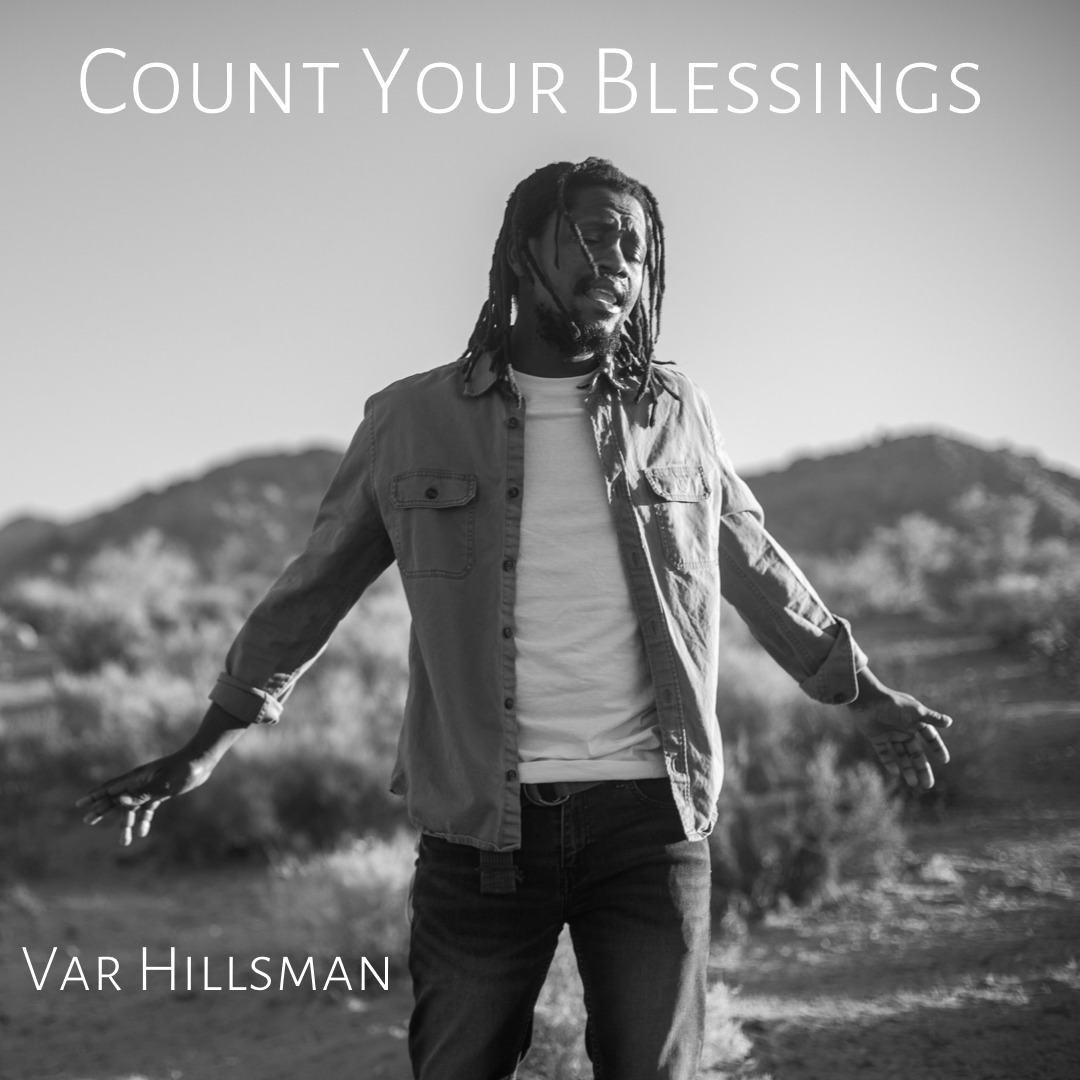 Imbibed with raw and honest sentiments, “Count Your Blessings” is a moving reflection of Var Hillsman’s strong belief in ‘One God, One Love, and Humanity’

Marking the release of his fascinating third single leading up to his upcoming debut album, singer-songwriter Var depicts a stunning fusion of Soul and Reggae tunes. Titled “Count Your Blessings,” the new track underscores the vitality of being thankful for things you are endowed with.

With a release date set for November 4th, 2022, “Count Your Blessings” has been produced by the artist’s label Hillsman Records, recorded and mixed in Germany by Torsten von Olleschik, and mastered by Stephan Hager.

The talented artist emphasizes that we all must let go of the hurt and negativity that plague our minds and hearts and eschew all prejudices. Inspiring the spirit of humility and thankfulness for all God-granted blessings, the new track conjures a nostalgic Jamaican vibe, presenting a rich fusion of Soul, Reggae, and Acoustic rhythms.

Inspired by soul singers such as Delroy Wilson, Joe Gibbs, Heptones, The Wailers, Ken Boothe, and others, Var continues to present inventive and creative records. He remains motivated by the simple blessings of life that go unnoticed, mainly waking up in the mornings with his family, whom he considers his central source of strength.

Throughout his fascinating career, Var has continued to elevate his talents and showcase his skills at prestigious international festivals including, “Philarmonie de Paris,” “Paleo,” “Sierra Nevada World Music,” “SXSW” “Sun Ska,” “No Logo,” “LeTrianon,” and others.

“I hope to continue making music from my heart and plant as much trees as I can before I am no longer able to do so. I think this will help bring us more together as one people in this human race,” says Var regarding his music.

Kevor ‘Var’ Williams is a singer, songwriter, and musician who was born in the lush hills of Portland, Jamaica. Var rose to fame as a touring member with the reggae collective Inna De Yard. The artist began an awe-inspiring musical journey with a dynamic and legendary group of reggae stalwarts and contemporary maestros.

The artist has always been influenced by his love for humanity and music and strives to preserve the legacy of his creativity while charting the way for people to go forward in unity. After studying at Edna Manley College of Visual and Performing Arts in Kingston, Var continues to rise to new heights. His many stunning tracks include “Kingston” and “Will You Be There,” which made their way to popular radio playlists across Jamaica, Europe, and North America. Other tracks such as “Jah Love” and “Revolution” resonate with audiences by echoing an Acoustic influenced contemporary sound.