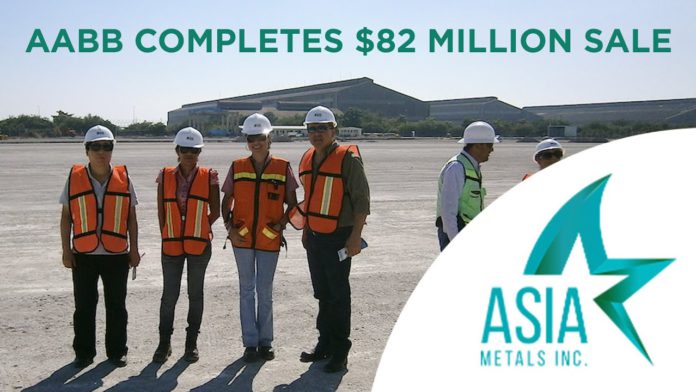 – Active and Expanding Mining Operations in Mexico for Base & Precious Metals.

Asia Broadband Inc. (OTC: AABB) is a resource company focused on the production, supply and sale of precious and base metals, primarily to Asian markets. AABB utilizes its specific geographic expertise, experience and extensive industry contacts to facilitate its innovative distribution process from the production and supply of precious and base metals in Mexico to client sales networks in Asia. This vertical integration approach to sales transactions is the unique strength of AABB that differentiates the Company and creates distinctive value for shareholders.

On November 3rd AABB announced the Company is on track with its mining operations expansion initiative to realize substantially expanded production in 2023 and into the forthcoming years. Recent and planned acquisitions and additional processing facilities have laid the foundation to progress rapidly on a path of organic growth. Furthermore, as the Company continues to execute its business plans and increase revenues and net assets, management anticipates the market will acknowledge the share value in AABB. A major announcement supporting the Company’s path to growth is expected in the coming weeks.

On October 12th AABB announced that the Company has recently completed a full quarter of production at its Tequila Gold Mine Project in the Tequila region of Mexico. The production revenue for the 3rd quarter ending September 30, 2022, is in the process of being finalized and will be published in the coming weeks. AABB is expecting the 3rd quarter production revenue to exceed the level recorded in the 2nd quarter, as the production facilities expansion is on going.

The Tequila production facilities upgrade program continues to progress towards an additional 50 tons per day (tpd) production capacity. After the facilities retrofit is complete, the mill capacity will be 100 tpd and double the current processing limit of 50 tpd.

In addition to the production increase from the mill retrofit, AABB is planning a large-scale expansion of its production and processing facilities to begin installation next year. Utilizing the advances in mining equipment automation and efficiency, the larger scale facilities will have significantly increased throughput and metals extraction. The added production volume at a lower cost per ton is expected to have a substantial impact on the AABB gross profit margin going forward.

AABB continues to implement its mining property development and acquisition strategy to optimize capital utilization by focusing operations in regions of Mexico where AABB has a comparative advantage of development resources and expertise readily available for rapid expansion and duplication of the previous AABB gold production success.