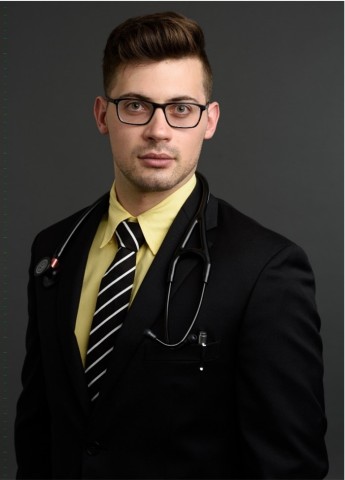 For centuries, scientists have used golden ratios to determine the beauty of a person’s face. The golden ratio is a precise mathematical model many world-renowned scientists approve of. It is used to create more natural-looking compositions in a drawing. And surgeons also use them to create perfect symmetrical facial features. Dominic Thibault is a twenty-four year old male currently studying medicine at Laval University, Québec. Being a medical student means being meticulous, organized, and helpful towards others. Thibault believes that change can be a good start for personal building; this is why he wants to help people go through those changes and become better versions of themselves. One of his latest achievements is the article he published about beauty standards, titled “Mathematically Ideal Proportions Of The Face – Establishing The New Universal Standard Based On Golden Ratio”. It profoundly expounds on the golden ratio and its correlation with human beauty standards. The author also explains other methods, such as the vertical fifths rule. It took him four years to research and write this paper which he finally published. The research paper was sent to renowned surgeons, who highly appreciated Thibault’s efforts and merit.

Being a plastic surgeon is the main objective of Dominic Thibault. He wants to help people transform into better versions of their selves so they can feel proud and accomplished and go out in the world with their heads held high. Thibault wants to open his private clinics, which will facilitate people to achieve their goals. He wants to open his first clinic in Quebec and later expand to New York and Los Angeles in the United States. He has travelled to multiple countries searching for high-tech equipment for his clinics. One of them is the cosmetic surgery capital of the world, South Korea. Turkey is famous for its ancient beauty techniques, and Spain stands at the forefront of making world-class technologies, so he had to visit both to find the best of both worlds. Inspired by René Descartes, one of the greatest philosophers and mathematicians of his time, Dominic Thibault is a rational man of science and strongly believes in logic and analysis. In his paper, he has taken the mathematical approach and has explained the relationship between the Fibonacci sequence and facial proportions. Following Leonardo da Vinci’s footsteps, he has also taken on the mysterious journey of unravelling the secrets of human beauty.

Since ancient times, the pursuit to define the ideal standard for facial beauty has been made by multiple scientists who were truly accomplished in their work. Therefore, today there are so many different theories and ratios which claim to be the Ideal facial ratio, but none of them is perfect. The core meaning behind Thibault’s study was to find the ideal beauty standards of Caucasian faces. He has done it impressively by finding that the ideal facial proportions and key points of the Fibonacci sequence are directly related to each other. He also found that mathematical similarities and symmetries are present widely in human faces. Dominic did the fundamental research on his own without any financial support for this article’s research, authorship, or publication.