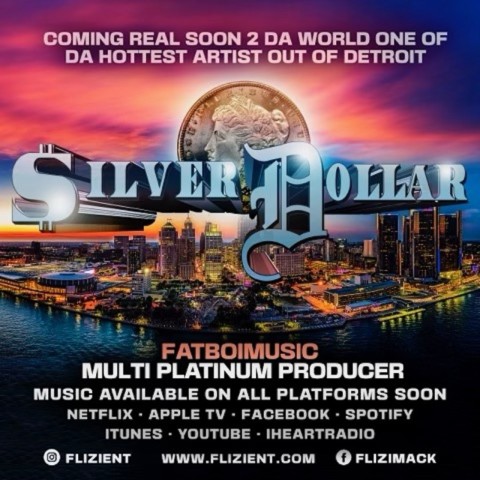 Jamal J Franklin, popularly known by the stage name, $ilver Dollar, is undoubtedly looking to make his mark in the hip-hop genre, as the FLIZI Entertainment artist rocks the airwaves with his single titled Boom (G Mix). Known for his lyricism and amazing punchlines, Jamal J Franklin has created another masterpiece in Boom (G Mix), as the single is currently on the Digital Radio Tracker charts with a guaranteed placement to hit the top ten.

One act that has seemingly mastered the use of music as a tool to drive conversations due to its universality is Jamal J Franklin. With over twenty years already in the music scene, the Dallas-based Detroit native who is also a U.S. Army War Veteran has been able to use his lyrical prowess to touch thousands of lives in the United States and other parts of the world. The recent feat achieved with the release of Boom (G Mix) more than highlights the influence Jamal is having on the music industry.

Boom (G Mix) offers a blend of Hip-Hop, and the signature feel good vibes that Jamal has become for over the years. The single embodies the creativity and ingenuity of Jamal, features that have endeared him to lovers of good music across genres, with influences by the likes of Mary J. Blige, Tupac Shakur, 50 Cent, Method Man, and Nas palpable in his music.

For further information about Boom (G Mix) and other works from Jamal J Franklin, visit – https://flizient.com. Jamal also has a growing online fanbase across all major streaming platforms and social media, including Spotify, Twitter, and LinkedIn.

Jamal J Franklin is arguably one of Hip-Hop’s brightest stars, building a reputation that has seen him reign in the title of the ‘King of Hip-Hop Soul’. Otherwise known as $ilver Dollar, Jamal has carved out a signature sound, blending the distinct, earthy expressiveness of Soul and R&B with modern-day Hip-Hop to create impactful, yet entertaining songs for his fans and music lovers worldwide.

ThirdPoint U Is An Intelligent Nano-Arbitrage Program With Perfection; Extremely Profitable Experience