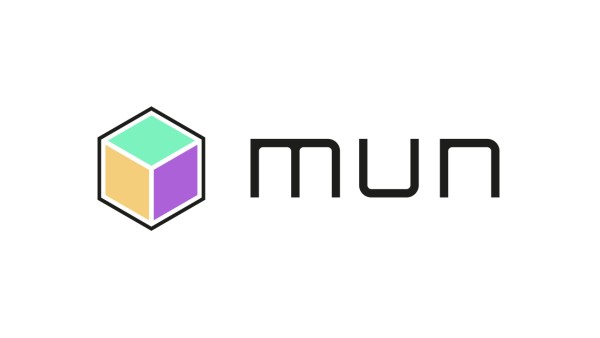 MUN Blockchain is a Level-1 Blockchain that is based on Tendermint as a key element of the larger network design of Cosmos Hub. The first use case of the MUN blockchain is to disrupt the 900 billion-dollar remittance industry.

MUN is a state-of-the-art Level-1 Blockchain that uniquely combines blockchain technology with a real-world use case to disrupt the global remittances industry. The decentralized remittance chain, announced today the launch of its first Public Testnet. The project has also invited its over 80,000 community members to explore the Testnet and share their feedback to help improve it. Soon after the Testnet, MUN will launch its Mainnet in Q1 2023 according to their roadmap.

The excitement around the launch of Testnet for MUN is because it is the first time the public will gain first-hand experience of how a blockchain-based remittance ecosystem platform differs from the traditional remittance service providers in the industry. While traditional remittance providers face challenges due to their high fees and tight centralized restrictions, MUN is proud to present the future of decentralized money transfers by offering a fully transparent, decentralized, and secure remittance process with its unique MUN Broker system.

The launch of the Testnet version of the MUN Blockchain is a step forward for the team in improving the chain and ensuring that the community gets a say in how the project evolves. All community members of MUN can now explore the MUN Blockchain functionalities. The team will be taking feedback from all users and implementing necessary changes to help improve the Blockchain, the wallet, the staking interface, and the block explorer. This will be a genuinely community-centric and community-first project.

Today, the MUN team is allocating a significant portion of MUN Tokens to reward developers, provers, and validators on the public MUN Testnet. The MUN ecosystem is using this opportunity to onboard new validators as it prepares for its Mainnet launch. “Our focus is to build the absolute best developer framework for a decentralized remittance ecosystem,” said Alex, one of the co-founders of MUN. “MUN is built from the ground up using industry crypto know-how and applying it to the real world – the global money transfer system. Blockchain technology has hardly been integrated and the global remittance system is facing significant problems that have been ignored for too long. The remittance service providers, which provide essential services to migrant workers and their families in developing countries are an integral part of this issue.”

The team is hard at work ensuring that the network can handle a continuous influx of new users and transactions, as the network shows to be secure and ready for public use/testing. “It is important to conduct a robust testing phase. But “the testing phase isn’t just about fixing bugs — it’s also about getting feedback from the community on how the protocol works in practice,” said Alex. By gathering insights, the development team can get a better understanding of how people are using the MUN protocol and what needs to be improved. Through its fast-gained momentum, MUN will work through every step and every process without rushing anything and missing out on critical details and functionalities. Slow and steady wins the race. We are here for the marathon and not the sprint.

MUN Blockchain is a Level-1 Blockchain that is based on Cosmos SDK and Tendermint. The MUN Blockchain is developed by MUN Technologies. MUN can be utilized to send money home, all around the world for low fees. It will enable people to send money for free with the help of a MUN Broker Ecosystem. There is a pressing need for a disruption in the money transfer industry. MUN Coin is developed with a zero-to-low fee approach, which means that sending MUN from one wallet to another will be for free, forever.

System Integrator Market for Industrial Automation worth $35.5 billion by 2027, at a CAGR of 5.6%

Industrial Cleaning Chemicals Market to be Valued US$ 61.6 billion by 2026- Latest Report by MarketsandMarkets™