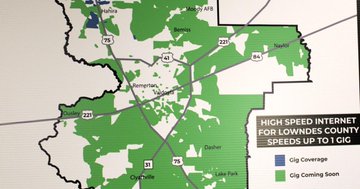 BlockSpaces, a Web3 infrastructure platform, announced the release of its first multiweb application (mApp), designed to bridge Web3 protocols with Web 2.0-based software. The mApp, called Bitcoin Invoicing & Payments, provides businesses with a seamless way to handle bitcoin transactions with their customers. It’s the first application to integrate QuickBooks with the ultra-fast Lighting Network.

The Lightning Network is a Layer 2 protocol that locks transactions in off-chain smart contracts via a mechanism called “channels,” which are tied to on-chain bitcoin transactions. In this way, the protocol maintains the security of the Bitcoin network while enabling faster transactions on the second layer.

“So many businesses are interested in integrating digital payments, but we’ve seen enormous struggles to use blockchain and web3, simply because integrating this technology with their legacy software is so cumbersome and expensive,” said Rosa Shores, cofounder and CEO. “With multiweb, though, that’s changing.”

The release builds on the company’s launch of its Lightning Connect infrastructure, which it announced earlier this year. Aligning with BlockSpaces’ plan to create a complete multiweb platform, the application solves several issues that have challenged businesses when making transactions in bitcoin through the Lightning Network. Now, businesses can access automatic reconciliation, instant settlement, and liquidity management for all their bitcoin transactions. Future versions will include support for additional accounting tools and cryptocurrencies, including stablecoins.

“This integration has the potential to bring the power of Bitcoin and the Lightning Network to thousands of businesses,” said Gabe Higgins, cofounder, and Chief Blockchain Officer. “Not only does this make life easier for accountants, finance teams, and businesses already using bitcoin, we’re especially excited to help those that have been locked out of traditional banking services. We know this will eliminate hours of tedious work every month, reduce accounting errors and settlement speeds, and remove all the complexity of liquidity management that businesses are currently tackling. We’re proud to have our own company on a Bitcoin standard, now we’re enabling other businesses and organizations to do the same.”

By late 2022, BlockSpaces will open its full Web3 infrastructure to developers, which provides access to an unprecedented number of blockchain endpoints. In 2023, the company will launch low-code integration tools that let developers build their own multiweb applications within minutes.

Any business that signs up for Bitcoin Invoicing & Payments in 2022 will receive a discount on its monthly subscription and first access to new platform features and applications through 2023.