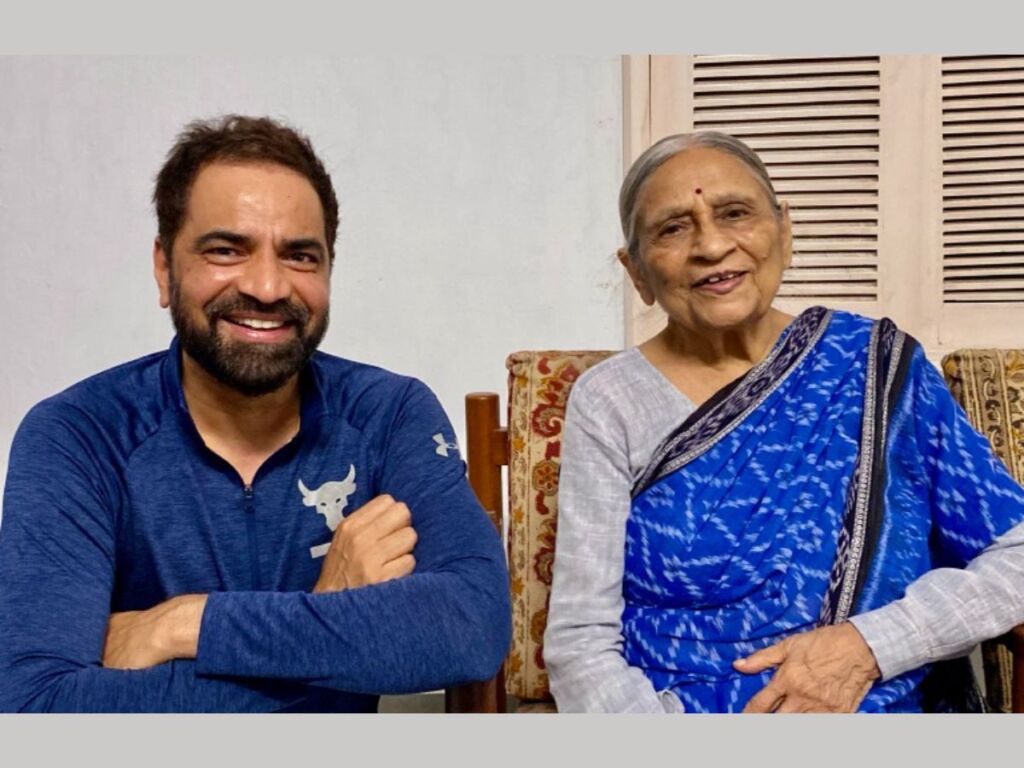 New Delhi (India): This world lost an inspirational legend and Gandhian revolutionary, Ms. Ela Bhatt, fondly called “Ela-ben” (sister in Gujarati). The leading women empowerment activist has left people whom she worked with or was closely associated with in tears, including noted producer Jay Patel. The well-known film producer expressed his sadness over her sudden departure.

“I feel extremely emotional remembering Elaben. She is an immortal soul, and death is just the exit of a physical being. News of her demise just gave me a moment of emptiness. Only recently, I got the opportunity to meet the most unassuming and dynamic personality on July 17, 2022. “Getting to know the Padma Bhushan recipient and renowned founder of the Self-Employed Women’s Association (SEWA), Elaben, was one of the golden moments of my life,” recounts Jay.

Elaben, a pioneer in women’s empowerment, also practised Gandhi’s philosophy of non-violence and self-reliance. As a critical observer and cautious analyst, she firmly believed that women needed to be financially and emotionally self-reliant. It is rare to find a person who is awarded the highest citizen awards like the Padma Bhushan, Padma Shri, Ramon Magsaysay Award, Right Livelihood Award, Niwano Peace Prize, and Indira Gandhi Prize for Peace, Disarmament, and Development and yet remained so grounded and elegant. The gentle revolutionary has inspired millions to live with love, peace, and humanity, serving society with compassion.

While narrating the episode of his maiden meeting, producer said he was mesmerised by Elaben’s persona and wanted the incident to be shared in public. He is grateful to his friends Chintan Pandya and Abhishek Dudhaiya, producer and director of Film Bhuj: The Pride of India, for organising a formal meeting with the global social activist. The meeting, which was supposed to be formal, lasted for almost 3 hours, all due to Elaben’s warmth and gentle nature. To experience a phenomenal lady’s progress, step by step, towards creating something unique and distinctive to her personality was so engaging that the three friends lost track of time. The trio were smitten on the one hand by 89-year-old Elaben’s simplicity, elegance, and childlike innocence. On the other hand, her modern, trendy, and articulated thoughts captivated them.

The producer expressed his desire to make a biopic in the brief meeting on her journey. She candidly replied, “I hope I do not have to act.” On a serious note, she humbly said that if doing such a thing could inspire even one human being worldwide, the purpose is well served. She even denied charging a single penny for her biopic and offered Jay a few books to enlighten the producer more about her life story.

The producer chuckled while remembering this impactful lady. Everything has been deeply etched in his mind, from the motherly affection he received on the said occasion from Elaben to her serving of one cup of ginger Indian masala tea with her million-dollar smile.

The Indian film fraternity, especially Bollywood, has always tried to bring forth the stories of leaders’ par excellence to the people through their work or words. As a film producer, Jay Patel wants this unique story of an extraordinary lady to be told to the entire world and not limited to only Indian audiences. He believes that very few people in this world have achieved, inspired, and left an unforgettable impression on generations to come. Her vision should and needs to be communicated to everyone across the nation.