Comedian, Jake Jansing, Says Pride Month is Not Equal Until it is 6 Months Long 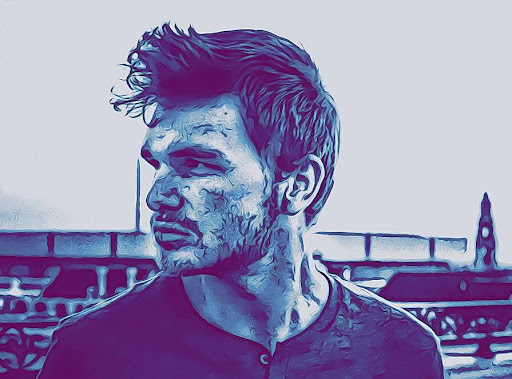 While on stage in Hollywood, California Jansing told his audience he believed pride month is “too short.” Jansing went on to say that Pride Month is not “truly equal” until it is six months long. While attempting to prove his point, Jansing said that “every other month is straight pride month” and that “the lack of parades is on you.” The show itself was LGBTQ+ themed and Jansing opened the show by acknowledging this was his first performance on an LGBTQ+ themed show since coming out earlier this year. This bit is likely in reference to recent calls for straight pride celebrations and the subsequent push back from LGBTQ+ activists.

This is not the first time Jansing has spoken openly about his liberal political views. In a 2016 article by Esquire, Jansing was quoted saying, “if the earlier administration wins, NASA will have to speed up that whole living on Mars thing.” Jansing has since made regular jabs at the former president; attacking everything from his sons, his business career, and even the age difference between the former president and his wife, which is currently Jansing’s most viewed video on TikTok (@JakeJansing).

Jansing was also vocal following the 2020 death of George Floyd. In an open letter style post to his Instagram page (@Jake.Jansing) on June 2nd, 2020, Jansing stated, “a systemic issue is the result of continued avoidance of a difficult subject.” Jansing went on to say, “a world that objectifies death becomes numb to the pain of families everywhere. When we allow deaths to become statistics, we fail. People are not numbers, they are complex, they are flawed at times, they are human.” Jansing captioned the post with a call for the arrest of all officers involved.

In his official coming out message posted to Instagram, Jansing spoke about his history in stand-up comedy and what led him to officially come out as a member of the LGBTQ+ community. “It is something that took me a very long time to come to terms with myself and it is something I did not want to discuss openly until I understood it myself,” he stated in his post entitled ‘An Open Letter.’ Jansing told his audience of 20,000 followers, “I no longer see value in changing myself to hold the respect of those who are bigoted.” In his follow-up post, a video of his coming out performance, Jansing captioned the video with insight into his early days of stand-up comedy. In his post from July 1st of 2022, Jansing stated, “I started writing stand-up comedy when I was 9 years old.” Jansing went on to speak about the struggle of writing comedy that did not reveal personal details of being in the LGBTQ+ community; “One topic I always avoided was my gender identity. I was terrified of what people would think and it became my biggest secret.” As far as his decision to come out publicly, Jansing stated, “when Covid hit and comedy clubs shuttered, I had to face the indefinite waiting period. My time away from performing made me reevaluate my values and I promised myself that once I got back I would be an open book.” Jansing has since continued to perform material that directly and openly discusses his status as a member of the LGBTQ+ community in clubs across Los Angeles.