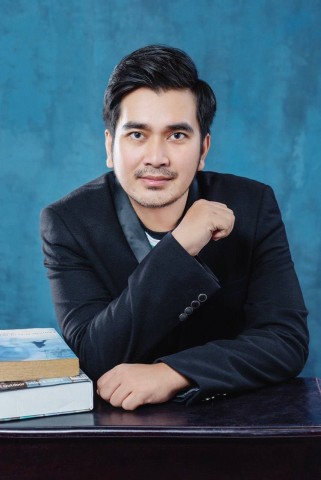 Keo Samnang, better known as GoDa, is an independent singer in Cambodia. Discriminated by her family, she is the second child, every day she is often blamed by the family for not getting warmth from people around her. Those who are good with her are outsiders who are not brothers. She cried when she heard this depressing song. She says this song is very much like her story.

Mr. Keo Samnang said that life born on this earth is to go back to the underground when you die, save valuable time with your loved ones is better than blaming.

He added that he will be ready to release the song “Kampul Pdey Propun”, which is a story about a couple who always find each other in a funny way, only during the day, the wife finds a jealous husband, but at night the wife is Mild, pitiful. In the story of the song, she is afraid of ghosts, afraid of the night, as long as it is night, she changes her character from angry to innocent near her husband to quarrel again, but if during the day, her old character starts again immediately. He said that “Kampul Pdey Propun” is a kind of comedy and can also have a real story outside. He is also composing songs about his country’s culture. Every day, in addition to writing songs, he also teaches Digital Marketing and has his own men’s clothing store. He has the biggest goal in life, he hopes that one day he will be able to make a film and direct as well, as he also wants to unleash his genius. He started composing songs when he was in 5th grade, about 13 years old. He hopes that the story of the song “Bak Tek Chit” that is a Sad Hip Hop Song that he wrote, the listener can understand the pain of a child who does not receive love.