Walter A. Wheat launches new book, Around the Barn, Poems to Think About; published by Author’s Tranquility Press 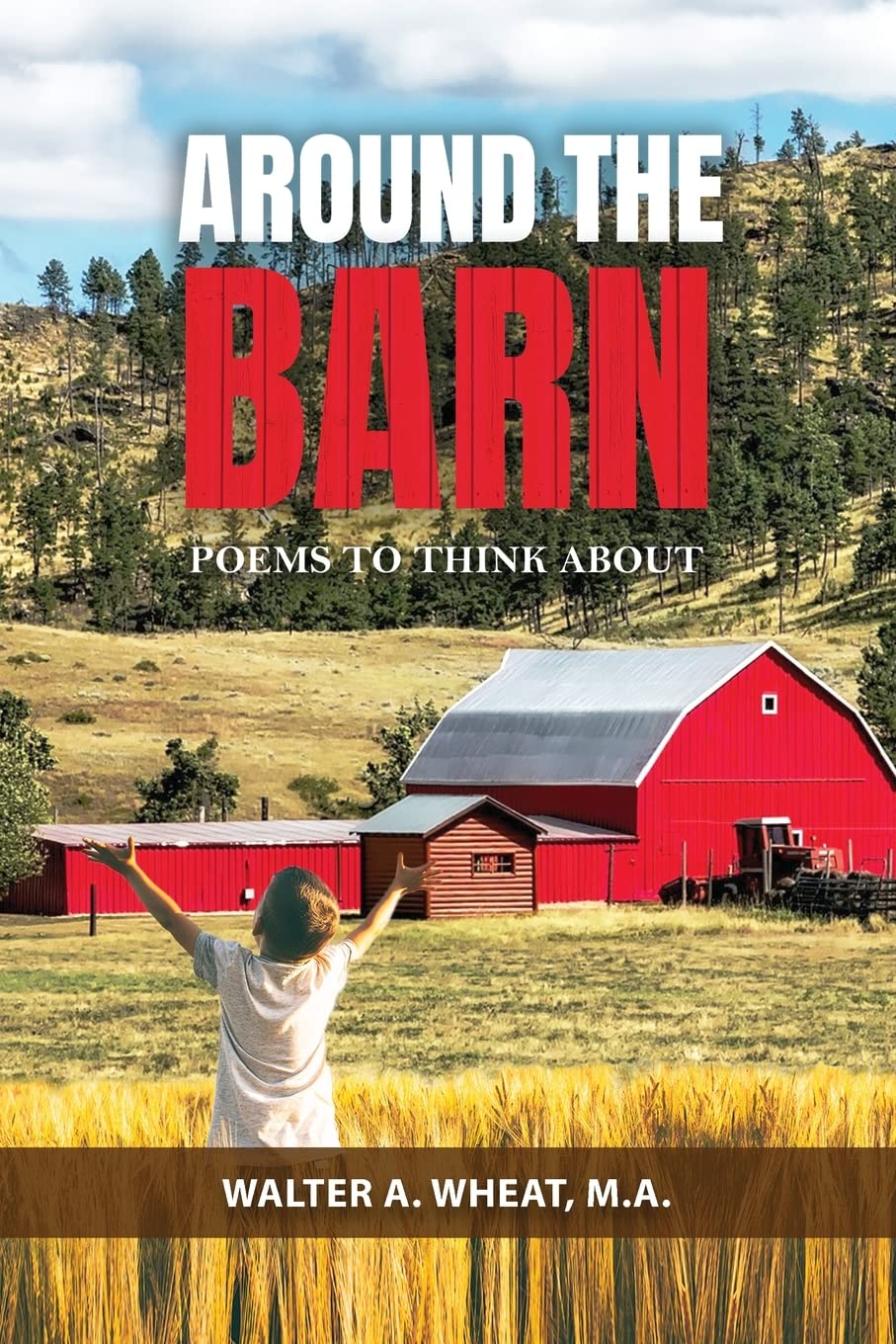 Gifted writer and author, Walter A. Wheat is elated to announce the launch of his new book, Around the Barn, Poems to Think About. One might say that Around the Barn is a befitting title for a book written by an author who spent his childhood out in the country.

The old barn was Walter’s iconic shelter and headquarters for playing hide-and-seek, or cowboys and Indians, among the neatly stacked bales of hay. When chores were done, it was “off to the barn.” The old barn was also a perfect place for solitude, as the author found no quieter place to think and write.

By using poetry as his vehicle, Walter A. Wheat prods his audience into mental remembrance with reflections that were experienced in his own life. God is referred to many times as a point of reference. As a Vietnam Veteran, Wheat is able to give an insight into the feelings and emotions of those who have experienced the realities of war. Not without a sense of humor, Wheat can also offer a suitable explanation about “how and when that big fish got away.”

The poetry that was written in Around the Barn, Poems to Think About serves as an avenue to cushion those terrible times when life doesn’t go your way. God knows that everyday is not a good day. It is Wheat’s wish that the readers of Around the Barn, Poems to Think About strive to put their guards down and look for the true meaning of forgiveness. Let’s try concentrating on the nice things in life.

Walter A. Wheat has a love for writing. White attending Otter Creek Elementary School and Otter Creek Junior High School in North Terre Haute, Indiana, Walter showed an aptitude for creating poetry. During Walter’s High School years at Garfield High School in Terre Haute, Indrana, he was often called upon to provide creativity in written word. While serving in the United States Air Force, which included a year of combat service in Vietnam, Walter often wrote letters for those who could not.

Walter is also a world-wide traveler. His travels have included trips to: Vietnam, Laos, Thailand, Cambodia, Japan, South Korea, Islands of the Philippines, Taiwan, Guam, Wake Island, Cyprus, Spain, Ireland, Canada and Mexico. Walter, along with his wife, Arlene, are now retired and are living in Rineyvifle, Kentucky.

Around the Barn, Poems to Think About is published and marketed by Author’s Tranquility Press, the best marketing tool for new and established authors, serving as the authors’ ultimate book publicity partner.