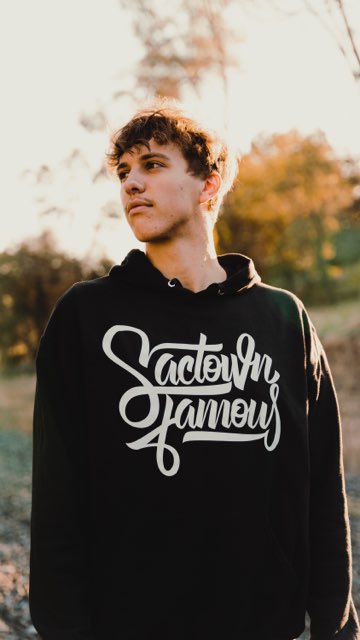 Sacramento, CA – The concept of hidden images and messages being secretly embedded into mainstream magazine, billboard and newspaper ads has been around for decades. In the 1988 John Carpenter cult classic “They Live” WWE’s Roddy Piper plays a drifter who learns of a pending alien invasion by putting on special sunglasses that allow him to see secret messages being projected to the masses.

Now thanks to the advent of augmented reality or “AR” as it’s more commonly known, this futuristic notion is an exciting reality that one local small business has endeavored to bring home to the River City. Sactown Famous is a Sacramento based tech brand specializing in both augmented reality and A.I. driven content development.

“We believe the future is Sacramento” says Sactown Famous owner and promoter Tony Savo. “Over the years I’ve been fortunate enough to freelance for some of the biggest tech firms in Silicon Valley and after being exposed to the world’s leading technologies, I’m convinced Sacramento is the perfect place to start implementing AR on a grand scale.”

After successfully demonstrating the technology on Google’s Mountain View campus at this year’s Google Marketing Live, the Metallica stage at BottleRock music festival in Napa and the annual Dreamforce tech conference by Salesforce in San Francisco, the company is now focused on new wearable aspects of augmented reality.

This Friday the brand will be releasing its first generation, signature black hoodie embedded with wearable AR technology. By scanning a QR code tag attached to the merchandise the consumer will be able to unlock, record and share the secret augmented animation hidden in the Sactown Famous logo with their smart phone or tablet.

“We feel the best way to introduce the utility of augmented reality to the public is to make it personal” Savo went on to say. “By utilizing AR we can enhance the Sactown experience and add increased value to our merchandise by updating new animations on the backend periodically.”

In addition to the hoodies, the AR technology will also be embedded in shirts, posters, tote bags and stickers the company releases. It’s being offered free to consumers, simply scan the QR code and allow the AR viewer camera permissions to view the merchandise. No email registration or password required and it functions on both Apple and Android devices.

For more information on Sactown Famous or to view their currently released content checkout their Instagram @sactownfamous or visit their official website sactownfamous.com. The brand has been featured on Good Day Sacramento and most recently co-sponsored Miss Ukraine California, widely regarded as one of the Sacramento Valley’s most prestigious events.

NYFW: ‘Glitz and Glam’ Runway Extravaganza at The Leman Ballroom