Gaming has long been a thriving market, and when coupled with opportunities to earn, things get more exciting. And that’s precisely what Play-to-Earn games offer. These games allow users to play their favorite titles and earn rewards through them, which can be converted into real-world assets. But the space, of late, didn’t witness much activity and the games released were usually a rehashed version of one that already existed or explored a genre that was already saturated. World of Warriors is about to change that by offering immersive gameplay, integrating NFTs, providing the opportunity to earn exciting prizes, and allowing players to make profitable investments.

World of Warriors explores every domain in the blockchain space and delivers to users the best of each. There are three major parts in World of Warriors, Gaming, NFT Marketplace, and Staking.

The game is an RPG-themed NFT-based one with exciting features, allowing players to interact virtually and participate in combats, be it battles, quests or tournaments. The game has 12 continents for users to explore, also the game includes Dungeons, which will add another source of passive income. Players receive rewards by exploring dungeon and would require stamina, available in the Resource Store, to do so. 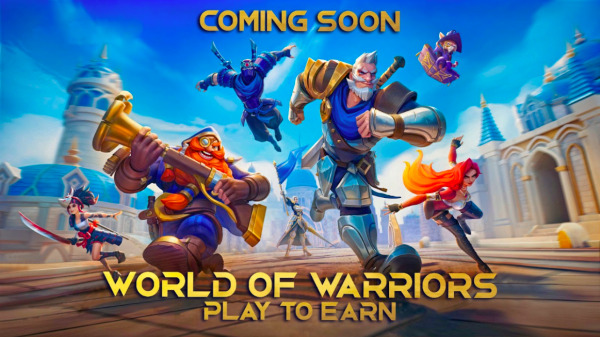 World of Warriors offers both the Free-to-Play and Play-to-Earn models to allow maximum participation from the community. Those who aren’t sure about their journey into space can start with the former. Once acquainted with the intricacies, players can transition to the latter and start earning. Besides, there’s the option to engage in PvP (Player vs. Player) and PvE (Player vs. Environment) battles, thus adding to the fun.

To win, players must participate in quests, compete in tournaments, and challenge other players. There will be monthly tournaments in the Arena, the first expected to be held in Q3 2023. Apart from being rewarding, all this adds to the fun and makes World of Warriors more interesting.

The second important part of World of Warriors is the NFT Marketplace, where users can trade NFTs that can be used in the game. It includes armor, shields, boots, weapons, and over 350 NFT warriors on the Binance Chain. The best part, users can even purchase virtual land in the metaverse. It is represented by NFTs and can be acquired in the marketplace. 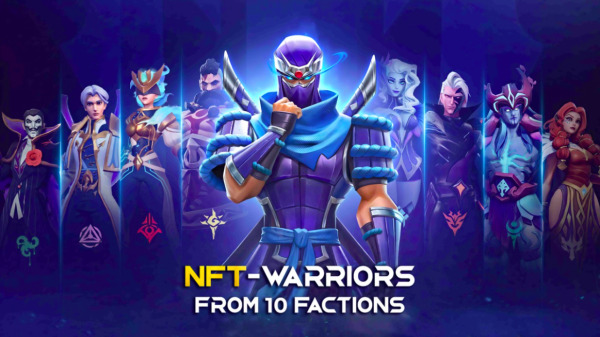 Lastly, there’s Staking in World of Warriors, often deemed one of the wisest investment options. Staking is a process where users deposit their token holdings to the dedicated pool, which is then used to validate transactions on the blockchain. The user then receives a steady stream of funds, in return, for the contribution. World of Warriors offers the best rewards for staking, with as high as a 120% bonus when choosing a 2-year period. It has even introduced a new system where users can stake a given number of $WOWR, the native token, for a specified period and get in-game NFTs in return.

World of Warriors is a refreshing Play-to-Earn game offering a plethora of exciting features and profitable opportunities. And those who want to be a part of it, start by acquiring the $WOWR token, currently available in the pre-sale live on the website at $0.001. Remember, one can enjoy the Free-to-Play model of World of Warriors without spending a penny, albeit the features are limited. Besides, the token will be listed at $0.01 on Pancake and other DEX platforms, a 10x jump from the current price, making $WOWR a valuable investment. Consider these factors before making a decision.

To find out more about World of Warriors, visit the official website: https://worldofwarriors.games/

Also, follow World of Warriors on all social channels to stay updated with the latest developments and token sales.

NYFW: ‘Glitz and Glam’ Runway Extravaganza at The Leman Ballroom