Pop artist Ginny Vee partnered with legendary singer Irene Cara in a final collaboration, a remake of ‘Flashdance’, that celebrates the power of music. It’s back to the ’80s with Ginny Vee and Irene Cara coming together for a collaboration of ‘Flashdance (What a feeling). Next, Ginny sets to tackle a Celine Dion Classic.

In 2021 the world was treated to a blast from the past through a remake of the legendary ‘Flashdance (What a feeling),’ a collaboration by Ginny Vee and the original singer Irene Cara. The collaboration pays homage to the Oscar-winning title song of the award-winning movie Flashdance, an 80’s delight sung by Irene Cara. Ginny Vee shared her excitement over collaborating with one of her musical icons.

The much-appreciated remake lit a new fire around the song, showing the timelessness of music. The final collaboration is a celebration of the power of music. Ginny Vee shared that the duet with Irene Cara was a dream come true for her. “Thank you, Irene Cara. You were an amazing inspiration to me as I grew up, and I was stunned to be able to sing alongside your legendary voice. An honor and a great privilege.”

Fueled by online digital transformation, Flashdance (what a feeling) became one of the trending songs on TikTok in 2022. The reboot has brought back the fire from the 80s fused with the digital appreciation of today and the powerful voices of Ginny and Irene. Ginny and Irene bring a soulful vibe to the song, celebrating the melodic masterpiece. “It’s a classic with a new feel and vibe but that all-familiar killer melody. What a feeling indeed.” Ginny Vee is a chart-topping pop singer who leverages her Italian roots and love for performing to stun the world with alluring music. Ginny, who has an early background in music and dance, began performing as a teenager and was soon discovered, signing to a record label and releasing her music. She quickly climbed the charts and became a renowned pop artist, her unique blend of soaring vocals and stage presence captivating fans worldwide. Ginny has released Italian, English and Spanish music.

Following the success of her collaboration with Irene Cara, Ginny is ready to tackle more classics. In addition to sharing original music with the world, she is excited to revisit legendary music from her inspirations in the pop music scene. The success of Flashdance has given Ginny the confidence to tackle a Celine Dion Classic for her next reboot. 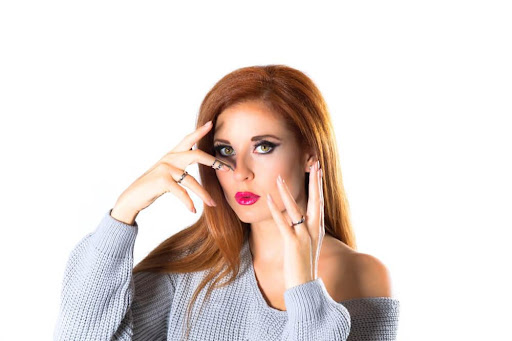 Since Ginny grew up listening to classics from the 80s and beyond, she draws inspiration from music icons from these eras. Her music aims to celebrate the transcendence of music and give a modern touch to old music. By collaborating with other musicians, Ginny is able to give songs a fresher feel and an edge.

Ginny invites her fans across the globe to listen to her ‘Flashdance (what a feeling) collaboration with Irene Carter, a cover that celebrates a legendary musician and showcases the power of music. Ginny shares that the unique rendition is bound to evoke fond memories of the 80s.

Ginny is also gearing up for a new music release and touring the USA in 2023. Follow Ginny Vee on her social media for updates on her upcoming projects.